Watch: NFB Streaming Torill Kove’s ‘Me and My Moulton’ Free for 48 Hours

Latest National Film Board of Canada animated short from Oscar-winning director of ‘The Danish Poet’ is nominated for an Annie Award for Best Animated Short Subject. 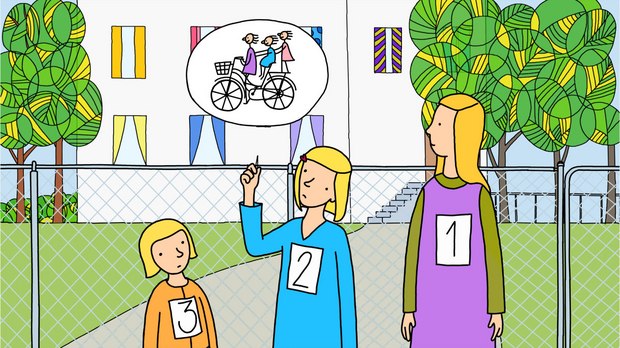 ‘Me and My Moulton’

Montreal -- Me and My Moulton, the latest National Film Board of Canada animated short from Torill Kove -- director of the Oscar-winning film The Danish Poet -- has been nominated for an Annie Award for Best Animated Short Subject, presented by ASIFA-Hollywood, the Los Angeles branch of the International Animated Film Association.

To mark the occasion, the NFB is streaming Me and My Moulton free for 48 hours on NFB.ca starting December 2, along with a new clip created by Kove, 5 Sure Signs Your Parents Were Architects. On December 17, the NFB will be adding to the film’s story with a second new scene by Kove.

Me and My Moulton, her latest whimsical semi-autobiographical work, tells the tale of a seven-year-old girl with unconventional parents who envies other normal Norwegian families of the 1960s -- and the unexpected drama that occurs the summer she and her sisters ask their parents for a bicycle.

For the next 48 hours, you can watch the short film in the player below:

Norwegian-born and Montreal-based Kove won the 2007 Academy Award for Animated Short Film for The Danish Poet, following her Oscar nomination for her 1999 NFB debut film, My Grandmother Ironed the King’s Shirts.

Me and My Moulton is a co-production with Norway’s Mikrofilm AS. It was produced by Lise Fearnley (Mikrofilm AS) and the NFB’s Marcy Page, and executive produced by Fearnley, Michael Fukushima, Roddy McManus and David Verrall (NFB).