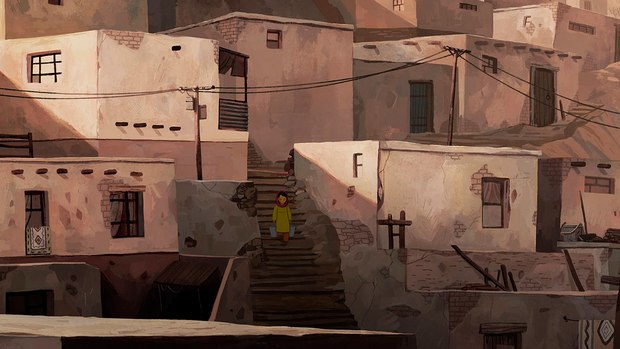 GKIDS has released a new trailer for its upcoming animated feature The Breadwinner.

From executive producer Angelina Jolie and Cartoon Saloon, the creators of the Academy Award-nominated The Secret of Kells and Song of the Sea, comes the highly-anticipated new feature based on Deborah Ellis' best-selling novel.

The Breadwinner tells the story of Parvana, an 11-year-old girl growing up under the Taliban in Afghanistan in 2001. When her father is wrongfully arrested, Parvana disguises herself as a boy in order to support her family. With dauntless perseverance, Parvana draws strength from the stories her father told her, and ultimately risks her life to discover if he is still alive.

The film won the Grand Prize and the Audience Award last week at the inaugural Animation is Film festival in Hollywood.

The Breadwinner will be released Nov. 17 in select theaters.