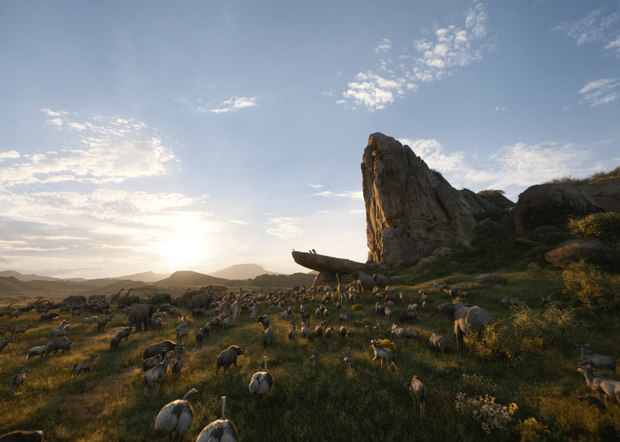 MPC has just shared with AWN a fantastic VFX breakdown reel of their work on Disney and Jon Favreau’s hit, The Lion King. The film heads into Sunday’s Academy Awards with three VES Awards and a $1.6 billion worldwide box office haul in tow, along with numerous nominations including the Oscar for Best Visual Effects.

To push the envelope in virtual production and photorealistic cinematography, Favreau once again turned to VFX supervisors Rob Legato and Adam Valdez, the Oscar-winning duo behind his 2016 smash hit, The Jungle Book; sole visual effects production vendor MPC, a division of Technicolor, produced 1,400 visual effects shots over a year and a half, with teams led by animation supervisors Andy Jones (Avatar) and Stephen Enticott (Wonder Woman).

Compared to previous projects such as Avengers: Age of Ultron and Justice League, where supernatural abilities defined the various characters, with The Lion King, Enticott needed to take a different animation approach; MPC leveraged their work on The Jungle Book to achieve the desired photorealism.  “The movie had to be on the mark in terms of realism and emotion, to make people accept and believe it straightaway,” he says.  “With the kind of technology we have and the abundance of amazing documentaries [people can watch], we were always magnetized towards a realistic, documentary-style; that in itself set the parameters for what we needed to achieve. From there, it’s how far do you want to push the characters themselves.”

Check out this just released VFX breakdown reel that highlight some of MPC’s spectacular work that went into the film’s production.