Set to premiere on CBBC on September 28th, ‘Danger Mouse’ is a co-production with FremantleMedia Kids & Family animated by Boulder Media with Robert Cullen directing and Peter Lewis and Anne Tweedy producing. 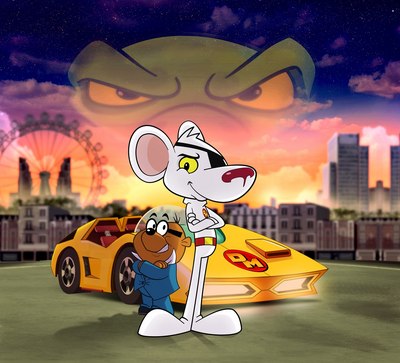 A new trailer has been launched for the reboot of Danger Mouse, set to premiere on CBBC on September 28th.

Danger Mouse, the world’s greatest secret agent, is voiced by Alexander Armstrong. At his side is his ever-faithful but always fearful sidekick Penfold, voiced by Kevin Eldon. DM and Penfold take their orders from the unflappable Colonel K (Stephen Fry), the Head of the British Secret Service. In the lab, Professor Squawkencluck (Shauna Macdonald) has worked her feathered fingers to the bone developing the greatest collection of new and exciting gadgets to help Danger Mouse on his next mission. Dave Lamb brings his uniquely sardonic wit to the series in the role of “The Narrator.”

The original, iconic Danger Mouse series from the 1980s can currently be watched on Netflix. The new series will also air on Netflix in the U.S. and internationally beginning in spring 2016.