Watch New Clips from ‘Thunder and the House of Magic’ 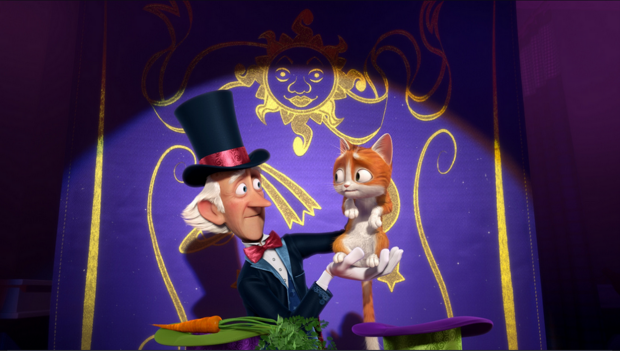 In support of the forthcoming Blu-ray and DVD release of Thunder and the House of Magic, Shout! Factory has released two new clips and a handful of new images from the animated family feature.

Already available on VOD, Thunder and the House of Magic will be released exclusively at Walmart stores on DVD and on two-disc Blu-ray 3D Combo Pack on September 30, 2014. The film tells the story of Thunder, an abandoned young cat who stumbles into a magical old mansion operated by a dazzling array of automatons and gizmos. Owned by a retired magician, the house is occupied by an assortment of his wacky assistants who don't all welcome the new houseguest. But when the magician lands in the hospital and his scheming nephew puts the mansion up for sale, our young hero and his new friends join forces to save their magical home.

Watch the new clips, “Best/Worst Magician Ever,” and “Thunder Learns the Streets,” and check out the new images, below: