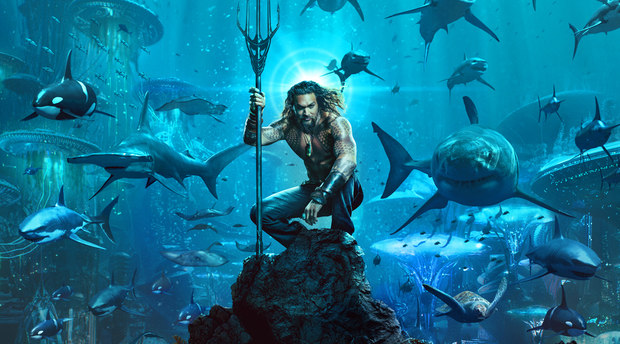 Introduced to audiences in last year’s Justice League, Aquaman reveals the origin story of half-human, half-Atlantean Arthur Curry, as he battles numerous underwater forces, including his brother, and discovers whether or not he is worthy of fulfilling his destiny as the undersea king. In front of a packed Hall H crowd, the assembled cast shared production stories about harnesses and getting pelted with water, as well as presented teaser footage and the film’s brand-new trailer debut.

The film stars Momoa in the title role of Arthur Curry/Aquaman; Heard (Justice League, Magic Mike XXL) as Mera; Wilson (The Conjuring films, Watchmen) as Orm/Ocean Master; Abdul-Mateen II (Netflix’s The Get Down) as Black Manta; Oscar-winner Kidman (The Hours, Lion) as Atlanna; as well as Oscar-nominee Willem Dafoe (Platoon, Spider-Man 2) as Vulko.