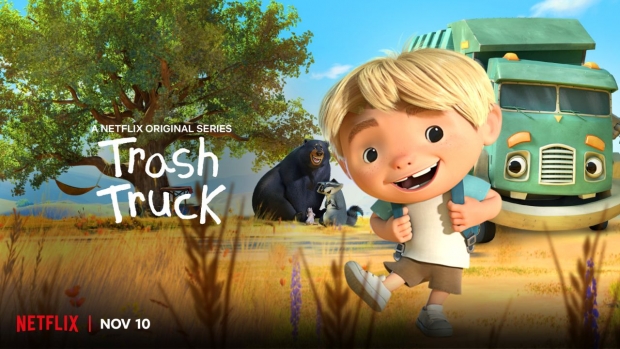 Netflix has just released the official trailer from their new CG animated preschool series, Trash Truck, from first-time showrunner Max Keane, the production designer on his father Glen Keane’s Oscar-winning animated short, Dear Basketball. The series follows Hank, a free-range, dirt-covered 6-year-old boy with a big imagination and an even bigger best pal… a giant honking, snorting trash truck. From learning to fly, to going to the dentist, there is no adventure too big or too small for these two best friends.

Never seen a trash truck and a bear eating popcorn at the movies? Well, get ready for something new!