The ideal ‘eccentric’ American family is back in a creepy, kooky and hilarious new animated feature hitting theatres just in time for Halloween on October 11. 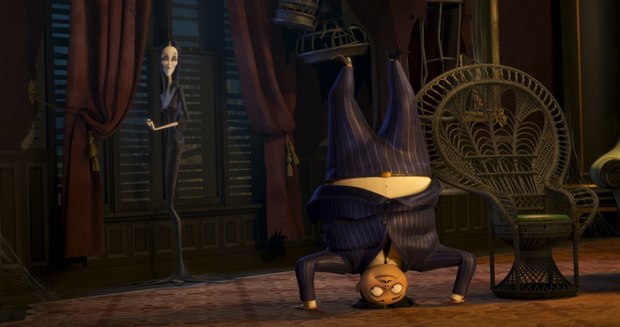 One of the most original and subversively droll set of comedic characters will soon invade our local movieplex, as MGM’s animated comedy, The Addams Family, hits theatres on October 11. As the catchy 60s TV show theme song aptly reveals, “They’re creepy and they’re kooky, mysterious and spooky, they’re altogether ooky, the Addams Family.” The first family of Halloween, this collection of monstrous but quintessentially “normal” oddballs is back on the big screen; funny, outlandish, and completely iconic, the Addams Family redefines what it means to be a good neighbor.

Get ready to snap your fingers!

The Addams Family is a satirical inversion of the ideal American family: an eccentric, wealthy clan who delight in the macabre and are unaware that people find them bizarre or frightening. They originally appeared as an unrelated group of 150 single panel cartoons by Addams, about half of which were originally published in The New Yorker between debuting in 1938 and Addams' 1988 death. They have since been adapted to other media, including the well-known television series, a series of live-action films, and most recently a Broadway musical.