WATCH: Meet the Fam in New Clip from Glen Keane’s ‘Over the Moon’

A new clip features Chin and Croak, Fei Fei’s potential stepbrother-to-be and his pet frog; he can be annoying, but just like our heroine, he believes in the impossible. 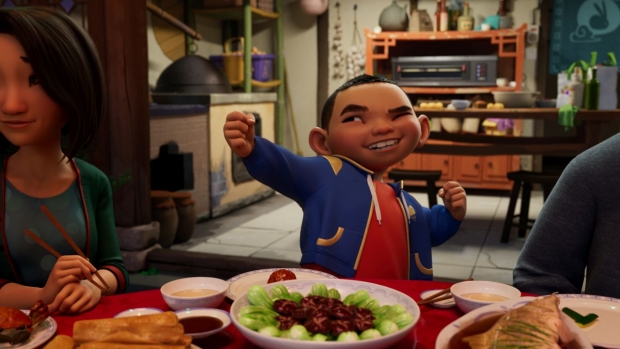 In the film, Fei Fei, a bright young girl fueled with determination and a passion for science, builds a rocket ship to the moon to prove the existence of a legendary Moon Goddess. There she ends up on an unexpected quest and discovers a whimsical land of fantastical creatures.

Netflix has just released another clip: Meet Chin and Croak, Fei Fei’s rambunctious, high-energy stepbrother-to-be and his pet frog. Not only does he have two superpowers, but he also got fourth place at the Yanshi City Ping-Pong tournament! He can be annoying at times, but he also believes in the impossible, just like our heroine.