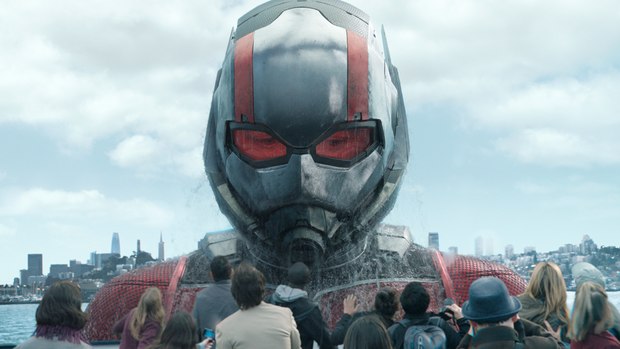 Marvel Studios has released a new trailer and poster for its upcoming superhero sequel Ant-Man and The Wasp.

The original Ant-Man was created by Stan Lee, Larry Lieber and Jack Kirby in Tales to Astonish #27, published in 1961. The first version of the character was Hank Pym, who later took on the superhero identities of Giant-Man and Yellowjacket as a founding member of the Avengers. Scott Lang took on the mantle in 1979’s Marvel Premiere #47, created by David Michelinie and John Byrne. Evangeline Lilly plays The Wasp in 'Ant-Man and the Wasp,' due July 6 in theaters.

Ant-Man and The Wasp opens July 6 in theaters.