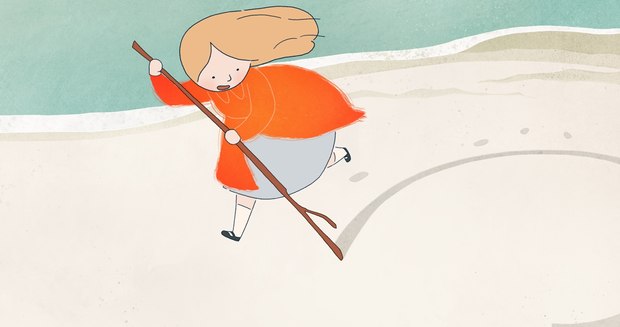 Produced by Cartoon Saloon, ‘Late Afternoon’ was recently shortlisted for a nomination for Best Animated Short Film the 91st Oscars.

From Cartoon Saloon, the Kilkenny, Ireland-based studio behind Oscar-nominated animated features Song of the Sea and The Breadwinner, Late Afternoon is a poignant short film exploring memory loss.

The nine-and-a-half-minute digitally animated 2D short, directed by Louise Bagnall and produced by Nuria González Blanco, follows Emily, who finds herself disconnected from the world around her. Drifting back through her memories to relive different moments from her life, Emily looks to her past so that she may fully understand the present.

Recently shortlisted for a nomination for Best Animated Short Film the 91st Oscars, Late Afternoon was produced in just 10 months under a budget of €46,000 provided by the Frameworks short film scheme funded by the Irish film board, Screen Ireland, and national broadcaster RTÉ. Fresh off its festival run, Late Afternoon has received more than 15 awards to date, including an Oscar-qualifying win at the Tribeca Film Festival, and is now available to watch in full online:

As a creative director at Cartoon Saloon, Bagnall has designed characters for International Emmy nominee Puffin Rock and the Oscar-nominated features Song of the Sea and The Breadwinner. She studied animation at the National Film School of Ireland and graduated in 2007, and has directed a number of other short films including Donkey (2009) and Loose Ends (2012). She is currently working as a story artist on director Tomm Moore’s upcoming feature film, Wolfwalkers.

Water is a central theme of Late Afternoon, both in Emily’s mind as she fluidly transitions between past and present states, and on the beaches she played on as a child. Growing up in Dublin, Bagnall was a frequent visitor to the Irish coast herself. “Technically, you’re in the city, but you’re so far away. You’re suddenly in a completely different space, and that was certainly a quality that I wanted for Late Afternoon,” she recounts, noting that our memories also tend to mimic the ebb and flow of ocean tides. “The water comes in, and maybe it brings memories with it, but then it goes out again and the memories go, too. You don’t necessarily have control over that, or certainly Emily doesn’t, so that was quite a key visual motif for me, and a way of expressing both the joy of the experience, but also the melancholy of it.”

Want more? Click through to AWN’s interview with Bagnall about the making of the film: State of Mind: Exploring Memory in Louise Bagnall’s ‘Late Afternoon’.