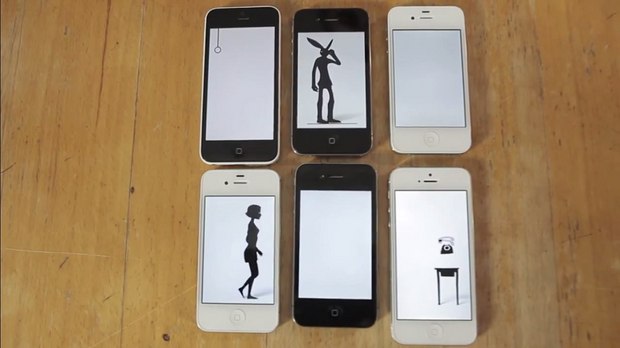 The video is for "Knock Knock," the first single from the band’s upcoming EP, and now available on iTunes, Amazon and Spotify. The concept for the video was developed by the members of the band, who also directed the project.

The main concept of the video was to show how different graphic elements can cooperate on different devices to create one story. Each of the animated fragments were first hand-drawn and uploaded on to each iPhone, iPad and MacBook in advance. Then the main challenge was how to make everything work together without any editing.

The video was shot by Kirill Svetashov, with animation completed by Kiev-based SYT-X using Autodesk Maya and Adobe After Effects.

“We thought that black and white minimalistic animation would suit the simple melody of the song,” the musicians said. “Then we came up with the idea to perform this animation on the screens of different devices. We ended up having to complete about a dozen takes before everything worked out well.”