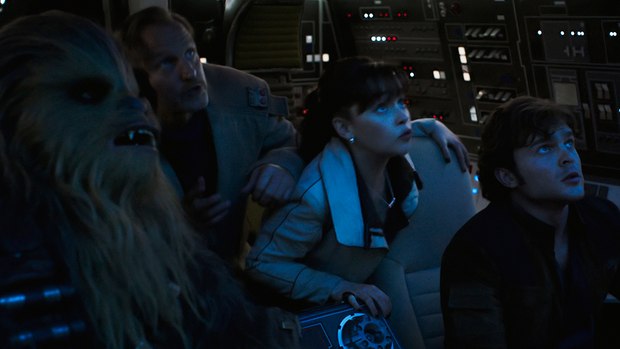 The Super Bowl is nominally about the championship of the NFL, but it’s also a proven chance for movie fans to get first looks at some of the year’s most anticipated titles.

Nothing was more anticipated than the first look at Lucasfilm’s Solo: A Star Wars Story, which made the biggest splash via a short TV spot during the game that promised the following morning a full trailer, which premiered during Good Morning America.

And then the full trailer:

And that was followed by the release of four character one-sheets featuring Han Solo, Chewie, Lando Calrissian and Qi’ra:

Avengers: Infinity War is due May 4 in theaters. Anthony and Joe Russo direct the film, which is produced by Kevin Feige. Louis D’Esposito, Victoria Alonso, Michael Grillo and Stan Lee are the executive producers. Christopher Markus & Stephen McFeely wrote the screenplay.

And lastly, all-American icon Tom Cruise is back for a sixth outing with IMF in Paramount Pictures’ Mission: Impossible -- Fallout.