The genius minds behind ‘Bob’s Burgers’ present their new animated comedy about the Tobin family and their Alaskan adventures. 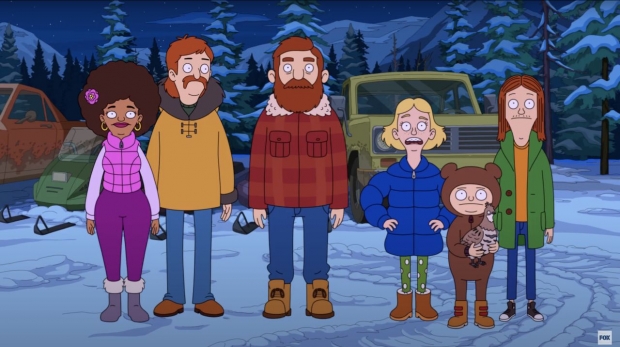 The Alaskans are here, just in time for winter! Back in 2018 we announced a new animated comedy, The Great North, in development at Fox. We’ve been quite excited about the upcoming series, especially from a creative team like Emmy and Annie Award-winning executive producers Loren Bouchard, Wendy Molyneux and Lizzie Molyneux (the genius minds behind Bob’s Burgers). North has been so well received, in fact, that it has already been renewed for a second season.

Now, after two years of anticipation, Fox has released a teaser trailer:

The Great North follows the Alaskan adventures of the Tobin family as single dad Beef does his best to keep his weird bunch of kids close, especially as the artistic dreams of his only daughter Judy lead her away from the family fishing boat and into the glamorous world of the local mall. Featured voices on the series include Nick Offerman (Parks and Recreation), Jenny Slate (Bob’s Burgers), Megan Mullally (Will & Grace) and Will Forte (The Last Man on Earth).

While an exact premiere date has not yet been announced, the teaser trailer does mention next February.