Watch the First Trailer for ‘The Spongebob Movie: Sponge Out of Water’

Paramount Animation and Nickelodeon Movies release the first trailer for the animated/live action hybrid, ‘The SpongeBob Movie: Sponge Out of Water.’ 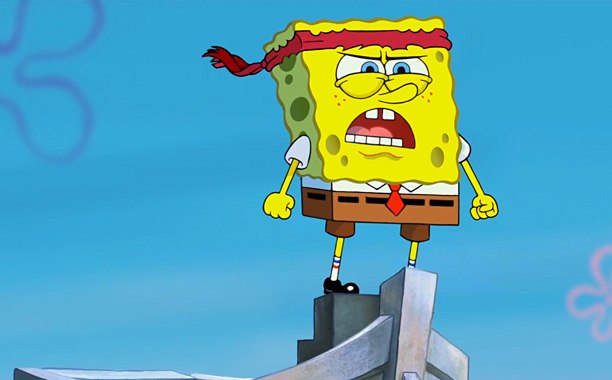 Paramount Animation and Nickelodeon Movies have released the first trailer for the animated/live action hybrid, The SpongeBob Movie: Sponge Out of Water.

Due in theaters February 6, 2015, the movie is the follow-up to the 2004 big-screen outing, The SpongeBob SquarePants Movie. The show’s original voice cast -- Tom Kenny, Bill Fagerbakke, Rodger Bumpass, Clancy Brown, Carolyn Lawrence and Mr. Lawrence -- reprise their roles alongside Antonio Banderas, who plays Alameda Jack, a pirate captain intent on recovering the last page to his magical book.

This first trailer introduces the story, the pirate villain, and the concept behind why SpongeBob and crew end up in real life as 3D CG animated characters. Watch it, below:

The SpongeBob Movie: Sponge Out of Water is directed by Paul Tibbit (writer and producer of the SpongeBob SquarePants animated series) and written by Kung Fu Panda 2 writers Jonathan Aibel and Glenn Berger.