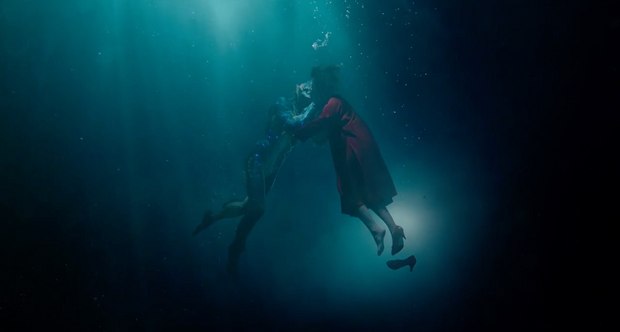 Fox Searchlight Pictures has unveiled the first teaser trailer for director Guillermo del Toro’s upcoming film, The Shape of Water, an imaginative and offbeat love story billed as “an other-worldly fairy tale” that follows the relationship between a mute woman and a merman-like sea creature.

Sally Hawkins plays Elisa, the mute, downtrodden woman hired to clean up a Cold War-era government laboratory, where she encounters the “aquatic man” (Doug Jones), who is worshiped as a god in the Amazon. Michael Shannon plays a mad scientist who torments the creature with hellish experiments, with Octavia Spencer, Michael Stuhlbarg and Richard Jenkins rounding out the cast.

In 1963, in a hidden, high-security government laboratory where she works, lonely Elisa is trapped in a life of silence and isolation. Elisa’s life is changed forever when she and co-worker Zelda discover a secret classified experiment.

Check out the gorgeous new trailer in the player below:

Written by del Toro alongside Vanessa Taylor, The Shape of Water will be the director’s first film since 2015’s Crimson Peak. J. Miles Dale and del Toro both serve as producers. Visual effects for the movie are created by Mr. X under the guidance of production VFX supervisor Dennis Berardi (Crimson Peak, Mama, Fight Club).

The Shape of Water arrives in theaters on December 8.