New trailer features the song ‘Sledgehammer,’ Rihanna’s new single that will be included as part of the official ‘Star Trek Beyond’ soundtrack. 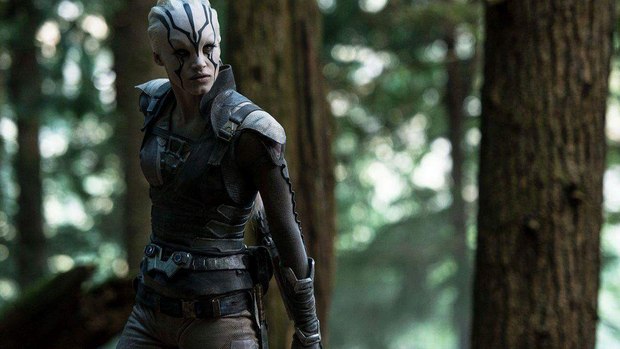 The new trailer features the song “Sledgehammer,” Rihanna’s new single that will be included as part of the official Star Trek Beyond soundtrack:

Written by Simon Pegg (who reprises his role as Scotty in the film), Star Trek Beyond is the highly anticipated next installment in the globally popular Star Trek franchise created by Gene Roddenberry and reintroduced by J.J. Abrams in 2009. The franchise returns with Lin (The Fast and the Furious franchise) at the helm of this epic voyage of the U.S.S. Enterprise and her intrepid crew, including returning stars Chris Pine as Captain James T. Kirk, Zachary Quinto as Commander Spock, Karl Urban as Lieutenant Commander Dr. Leonard “Bones” McCoy, John Cho as Lieutenant Hikaru Sulu, Zoe Saldana as Lieutenant Nyota Uhura, Deep Roy as Keenser, and Anton Yelchin as Ensign Pavel Chekov, alongside newcomers Idris Elba, Sofia Boutella, Joe Taslim and Lydia Wilson. In the movie, the Enterprise crew continues to explore the furthest reaches of uncharted space, where they encounter a mysterious new enemy who puts them and everything the Federation stands for to the test.

The primary visual effects house for Star Trek Beyond is Double Negative, with previsualization provided by Proof Inc.

Star Trek Beyond transports into theatres on July 22, 2016.