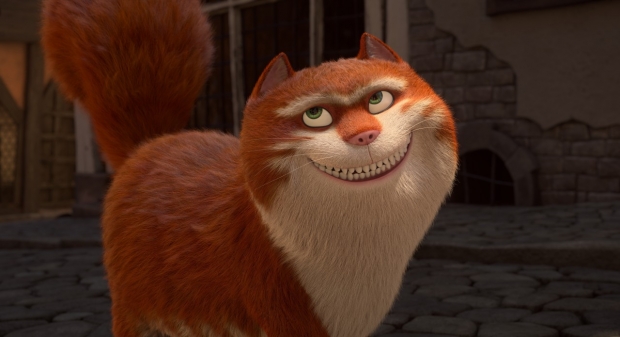 The CG animated feature, The Amazing Maurice, based on the Carnegie award-winning novel by Sir Terry Pratchett, “The Amazing Maurice and His Educated Rodents,” made its North American premiere this past Monday at Sundance. Previously released in the U.K. last December, Viva Kids will release the movie in U.S. theaters February 3, 2023.

In a nod to its Sundance premiere and in anticipation of its upcoming U.S. release, Viva Kids has shared an exclusive clip with AWN that proves, once and for all, that cats can talk – and they sound remarkably like Hugh Laurie! Watch and enjoy the clip and trailer below.

A love letter to fables and the art of storytelling, the film follows a sassy, street-smart cat with a sneaky disposition, aptly named Maurice. Together with his band of rats and pied-piper friend, he travels across the countryside, swindling villagers with a staged rat plague. All seems well when the gang sets its sights on a scenic market town, though they quickly realize that something more nefarious is afoot. The town is already plagued by food-snatching rats, a pair of criminals, and a mysterious boss at the heart of the trouble. Joining forces with resident narrator and the mayor’s daughter Malicia, Maurice and his friends investigate trouble, fight daring battles, and discover the truth of the town’s unfortunate events.

Cats can talk – see it for yourself in the exclusive clip only on AWN: