Studio will preview the upcoming episodes with a panel and signing at New York Comic-Con. 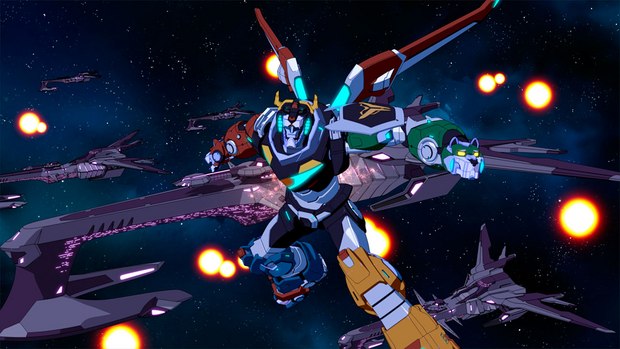 Get ready for season four of DreamWorks Voltron Legendary Defender, arriving Oct. 13 on Netflix, with a new trailer and a celebration at the upcoming New York Comic-Con.

“With Shiro back at the Castleship, Keith makes a choice that causes a rift between him and Team Voltron. As Allura and team focus on building the Voltron Coalition, Prince Lotor’s plans start to take shape. Here’s a brand new trailer from the fourth season as well as stills to share with your readers!”

And on Oct. 7, a panel spotlighting the show is set for 11 a.m. on Main Stage 1-D, with Dos Santos, Montgomery, Keaton and LoCascio, moderated by Chancellor Agard of Entertainment Weekly. All attendees will receive a New York Comic-Con exclusive poster created by Montgomery.

New York Comic-Con is scheduled for Oct. 5-8 at the Javits Convention Center in Manhattan.