Emmy Award winner Tony Hale’s animated comedy about the misadventures of a curious, loveable chicken returns to Netflix on March 20. 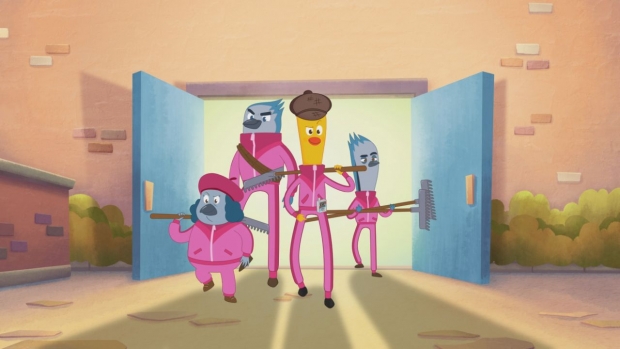 Our cheerful, energetic, and eternally curious chicken, Archibald Strutter, his three siblings, Sage, Finly, and Loy, and lovable sidekick, Bea, are all back for another round of enjoyable mishaps in Season 2 of DreamWorks Animation’s animated comedy adventure, Archibald's Next Big Thing. Based on the book, “Archibald’s Next Big Thing” by two-time Emmy Award winner Tony Hale (who also stars and executive produces) and Tony Biaggne, the new season debuts March 20 on Netflix.

In Season 2, Archibald once more embraces one misadventure after another, stumbling, falling but always springing back up and finding his way, however twisting and winding, to his egg-shaped home in Crackridge! The gangly, happy chicken’s hilarious antics and unstoppable enthusiasm shows everyone the importance of being present and celebrating life's littlest moments.