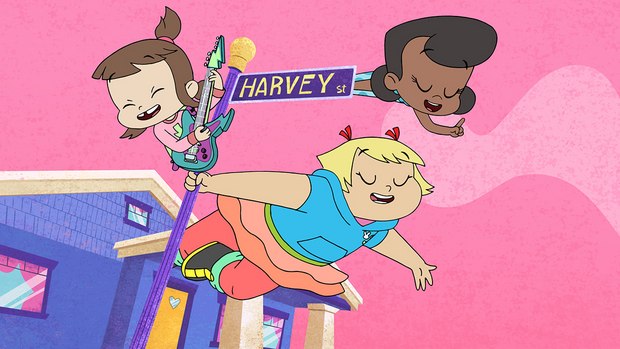 The series is a female-driven comedy series starring three feisty girls -- Audrey, Lotta and Dot -- who don't let anything (or anyone) slow them down From its 42-flavor ice cream truck to its never-ending games of kickball to the best climbing tree in the universe, every day on Harvey Street feels like a Saturday. And that’s largely thanks to spunky Audrey, wise Dot, and lovable Lotta, the block's self-appointed guardians. The Harvey Girls will do whatever it takes to keep Harvey Street the best block to never grow up on and transform every afternoon into a wild adventure.