WATCH: The Death Star Returns in New Trailer for ‘Rogue One: A Star Wars Story’

New trailer for the first in a series of planned ‘Star Wars’ anthology films is packed full of stunning visuals, including Imperial Star Destroyers orbiting a nearly-completed Death Star. 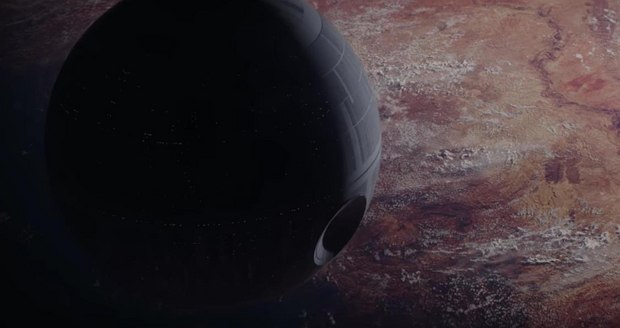 Here is the new trailer for Rogue One: A Star Wars Story!

The first in a series of planned Star Wars anthology films, Lucasfilm’s Rogue One tells the story of unlikely heroes who have united to steal plans to the dreaded Death Star.

Rogue One takes place before the events of Star Wars: A New Hope, and if this new trailer is any indication, it will be darker and grittier than the average Star Wars movie. The new trailer debuted during last night’s Olympic coverage on NBC and is now available for your viewing pleasure online. It offers a good look at several new characters and is packed full of the stunning visuals Star Wars fans expect and love, including Imperial Star Destroyers orbiting the nearly-completed Death Star: