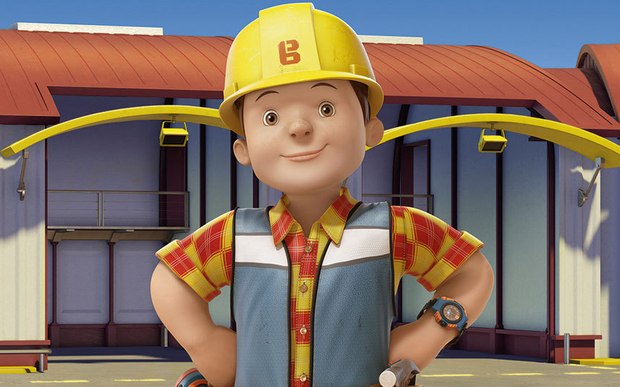 Available to view for the first time, fans of everyone’s favorite construction hero, Bob the Builder, can now take a first look at the exciting content from the brand-new series featuring an all-new look and first-class celebrity voice cast.

A new trailer for the series is now available to watch on the Bob the Builder YouTube channel; check it out in the player below:

The new-look Bob is still the same Bob that audiences know and love. His dungarees might have been replaced with a hi-vis jacket, but his chunky boots, yellow hard hat and checked shirt all remain, ensuring TV’s best-loved builder remains just as recognizable as ever. With his trusty tool belt now jam-packed with all manner of handy kit, Bob is ready to go… No project is too big, no problem too hard to solve.

As Bob and his friends learn about the world around them, key concepts of Science, Technology, Engineering, Art and Math will be explored. From sorting materials and comparing lengths, to exploring consequences and limitations, Bob and his team demonstrate various ways to solve problems and encourage the audience to do the same.

As well as the new look, the voice cast has also been renewed in the show’s latest development with Lee Engelby (Harry Potter) taking on the voice of Bob, Joanne Froggatt (Downton Abbey) the voice of Wendy, Blake Harrison (Inbetweeners) the voice of Scoop, and Jacob Scipio (CBeebies) the voice of new character Leo.

“We can’t wait for a new generation of preschoolers to engage with the new look Bob and begin to feel a part of the show as they get to know the core vehicles like Scoop, Muck and Lofty, plus the new members of the team,” said Christopher Keenan, VP Global Content & Executive Producer at HIT Entertainment. “With a multitude of fresh, relatable locations to enjoy, we are really looking forward to seeing young families get excited about tuning into Milkshake and enjoying Bob’s fun and immersive world of construction.”

HIT Entertainment will produce two 52-episode series of 11-minute episodes of Bob the Builder, as well as a one-hour special due for delivery in 2017. The first of the new CGI-animated series of the popular pre-school show airs on Channel 5’s Milkshake beginning September 1, 2015 at 7:20 AM.

An array of themed consumer products will be rolling out in late 2016, creating a truly immersive construction experience for pre-schoolers as they interact with Bob’s world above and beyond the on-screen content.

The iconic Bob the Builder has been broadcast in over 175 territories and translated into 40 languages, bringing the world of construction to life for millions of preschoolers across the world. Its new CGI-animated series sees the much-loved characters get their biggest revamp in the show’s history, offering a contemporary look and feel. A new-look Bob and his hands-on team continue to approach every job with the notable catch phrase, “Can we build it? Yes we can!”