AWN is pleased to share the last installment of a three-part video interview series with key artists from award-winning VFX studio FuseFX discussing the inner workings of some of your favorite shows, from Criminal Minds to CSI, as well as strategies and realities of managing complex visual effects productions while working safely in the COVID-19 pandemic.

This third and final discussion features Steve Meyer, a VFX supervisor and head of 2D at FuseFX’s LA office, and Brad Kalinoski, a senior visual effects supervisor and head of FuseFX’s Atlanta office. In the talk, Meyer shares details about the series-finale jet explosion on CBS’ Criminal Minds, as well as his work on the famous “frozen moment" sequence from CBS’ CSI: Crime Scene Investigation. Kalinoski shares his interesting career path from nurse in a small West Virginia town to lead on top visual effects production teams, as well as his ground-breaking facial motion-capture work.

In addition, both artists talk about pandemic-related production strategies their teams employ to ensure work is created safely and on-time. They also offer career advice for young professionals, including practical tips on areas of study and focus to better prepare for industry opportunities. 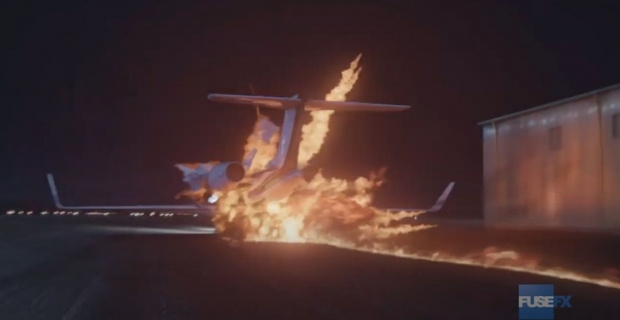 Meyer, an Emmy and VES Award-winning VFX supervisor, joined FuseFX in 2012. He supervised the last eight seasons of the hit CBS series, Criminal Minds, in addition to many other series for the studio, including Hell on Wheels, Good Girls Revolt, Mayan’s MC, and Hollywood. He is also the head of the 2D Department at their Los Angeles facility and oversees all the compositors and compositing supervisors.

He previously spent 10 years at Zoic Studios, where he was a VFX supervisor, 2D facility supervisor, and Flame artist on series such as True Blood, Fringe, White Collar, and CSI: Crime Scene Investigation. He has also supervised a variety of commercial work and music videos for artists such as Michael Jackson and Madonna.

A native of West Virginia, Kalinoski is a 20-year veteran of the VFX industry holding roles as a supervisor, producer, and artist. His recent credits as VFX supervisor include The Walking Dead, Dolly Parton’s Heartstrings, The Librarians, and the upcoming The Georgetown Project with Russell Crowe and Ava DuVernay’s HBO Max pilot, DMZ. He has worked as a VFX artist on over 101 feature films and episodic TV projects at many major studios, including ILM, Digital Domain, EFilm, Electric Entertainment, Pacific Title Digital, LookFX, and Crafty Apes.

His work on Black Swan was nominated for a BAFTA and VES Award, and he won a VES Award for Lost: The Final Season.