Lock the doors, close the windows! Everyone’s favorite rascals, the Aqua Teens, continue their crazy antics in your living room – coming to Digital, 4K Ultra HD, and Blu-ray in November. 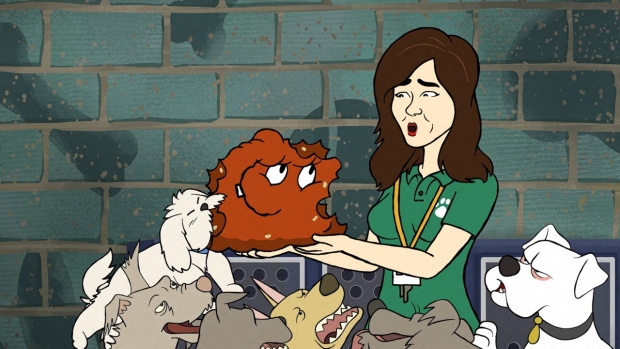 In this all-new clip, Meatwad (voiced by Dave Willis) is working hard to excel at his new job at the dog pound – check it out:

The movie was written and directed by series creators Dave Willis and Matt Maiellaro and produced by Williams Street Productions. In 2023 Aqua Teen Forever: Plantasm will also be available for streaming on HBO Max and will air on Adult Swim.