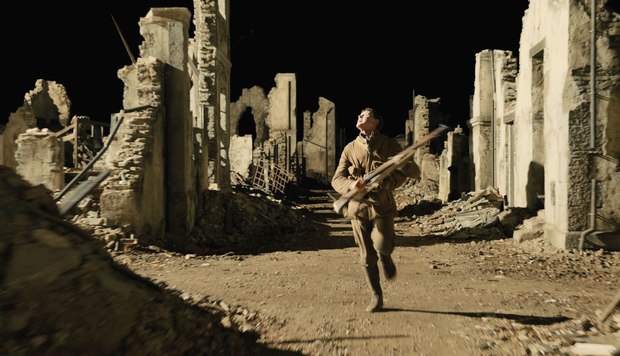 In 1917, director Sam Mendes immerses audiences in a harrowing World War I story inspired by his grandfather, Alfred, who had enlisted enlisted at age 17 and saw fierce combat in the British Army during what historians once referred to as "The war to end all wars." In the film, Mendes uniquely constructs the narrative into a single shot cinematic experience.  Even with all the meticulous planning, digital augmentation was needed to stitch different takes together.  According to production VFX supervisor Guillaume Rocheron, “Some of the sections that we stitched together were like five to seven minutes long and others were a couple of seconds long. One thing I can say is, in the end, we touched 91% of the frames of the film.”

Nominated for 10 Oscars and winner of BAFTA, PGA and Golden Globe Awards, among others, 1917 heads into Oscar Sunday as a heavy favorite. Check out the three new featurettes just released that highlight some of the spectacular work that went into the film’s production.