Overall VFX supervisor Simon Stanley-Clamp and his London team create the magical world of Alfea College, the ancient boarding school for fairies at the center of the otherworldly Netflix live-action series. 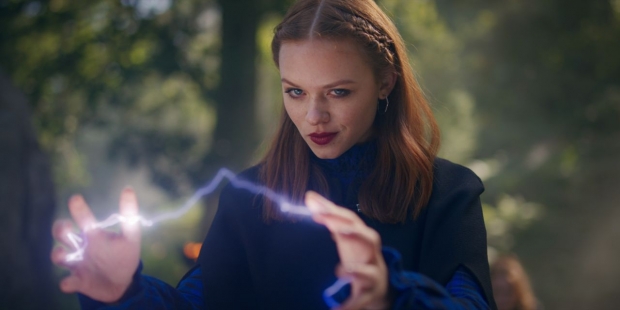 As the lead visual effects vendor for Netflix’s live-action fantasy series Fate: The Winx Saga, Cinesite London, led by VFX production supervisor Simon Stanley-Clamp, created an otherworldly mix of creatures, environments, and magic for the series, which was produced by Archery Pictures in association with Rainbow.

Fate: The Winx Saga follows the coming-of-age journey of five fairies attending Alfea, a magical boarding school in the Otherworld, where they must learn to master their powers, while navigating love, rivalries, and the monsters that threaten their very existence. From creator Brian Young (The Vampire Diaries), Fate: The Winx Saga is a live-action reimagining of the Italian cartoon Winx Club from Iginio Straffi. Cinesite hopes that after watching the Netflix series, viewers will appreciate the nod to the original Manga-styled cartoon series.

Stanley-Clamp worked closely with Netflix, Archery, and Rainbow to establish an organic look for the visual effects, noting, “The magic in the series is intrinsically elemental, with the key characters taking their powers from water, fire, earth and air.  We were always mindful that everything should be linked to the real world, from color palettes to looks for the more supernatural effects like creatures and forcefields.” How did they film Abigail Cowen as Bloom without setting anyone on fire?! How did they design the look of the Burned Ones? Go behind-the-scenes and discover how VFX artists created the magical world of Fate: The Winx Saga, set at the ancient boarding school for fairies, Alfea College.

Check out these exciting behind-the-scenes looks at the VFX breakdown of Bloom's Transformation and the VFX work behind the production of all sorts of mischief at Alfea College:

Wider school exteriors were shot on location at Kilruddery House outside Dublin and Luggala House in Co. Wicklow.  A detailed lidar scan and photogrammetry of the former location was used and combined with aspects of the Luggala architecture to create the school’s distinctive building and grounds. Interior sets were constructed and filmed at Ardmore Studios.

The development of chief protagonist Bloom’s power over fire is central to the narrative and visual effects.  Throughout the series, we see her growing in strength as the threat of the Burned Ones intensifies.

Cinesite’s team also created the mysterious and sinister Burned Ones, creatures which attack the students.  Stunt actors were filmed on set in prosthetic suits for blocking, then scanned to create the top half of the CG characters, eight-foot-tall dark creatures made up of burned sinew melted into bone. Performance capture was used to help establish a look for their super-human agility, with runs, sprints, and jumps based in reality before animators took over, altering the movement to make it more dynamic and otherworldly. Other key effects in the series show the students’ increasing mastery over their powers, from growing plants to conjuring light sources, manipulating floating water spheres, and weaponizing static electricity.