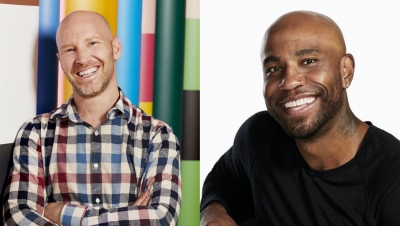 WarnerMedia has announced the promotion of Brian Robillard to assistant general manager and vice president of business operations for its Kids & Family and Adult Swim properties. In his expanded role he will be responsible for overseeing business management and the business operations of Cartoon Network and Adult Swim content activity as well as lead a newly created music strategy arm for the Kids, Young Adults, and Classics group. Tapped to run the new unit, Michael “Kiko” Akiko has joined as executive director, music for Kids, Young Adults, and Classics, reporting into Robillard.

“In a dynamic and complex media landscape where audiences are consuming content in novel ways, Brian has hit the ground running to integrate our business operations across regions, brands and multiple platforms,” commented Amy Friedman, Head of Kids & Family Programming, Warner Bros.

“We’re lucky to have someone with Brian’s drive and knowledge during continuous growth and development within the company,” added Adult Swim president Michael Ouweleen. “Together with Kiko’s innovative music and creative acuity, they will be unstoppable in turning ideas into reality.”

Robillard and Akiko will collaborate closely with WaterTower Music, third party labels and publishing groups to identify and curate music strategies and opportunities for Cartoon Network and Adult Swim. Both will be based out of Burbank, CA.

“Kiko will ensure that our brands and content work together seamlessly and strategically to take our musical footprint and businesses to the next level,” noted Robillard. “Continuing to develop the next generation of performers, composers, and songwriters in our ecosystem is a top priority for this team.”

Robillard, who joined Cartoon Network in 2014, will continue to oversee the operational integration across all content distribution globally; build and optimize content strategy and budget across the various Cartoon Network and Adult Swim platforms; and maintain the rights and deal terms for both groups’ library and portfolio. Robillard has been instrumental in driving the network’s portfolio strategy and business operations for Cartoon Network Studios, and in 2020, added Warner Bros. Animation to his scope. He previously held digital and marketing posts at Universal Music Group, Disney Music Group, and Disney ABC Television Group. He attended Eastern Michigan University.

Akiko will partner with multiple production units within Warner Bros. to create and support music initiatives – including the networks, studios, and WaterTower Music– both domestically and internationally. He will also be responsible for growing and retaining musical talent within the GKYAC group, while leveraging the broader WarnerMedia ecosystem, including developing performers, and supporting songwriters and composers attached to television series and live events.  A priority project will be the Adult Swim Festival, known for featuring both top and emerging performers and whose 2020 virtual edition was watched by millions of fans around the world.

“My passion is uniting and touching people through music,” shared Akiko. “This new role sits on a treasure trove of franchises, and IP I cannot wait to build out new music ventures for.”

Prior to coming to Warner Bros., Akiko has held executive roles across the music industry in A&R, publishing and global strategy and development. Recent roles include head of A&R for Universal Music Group Africa. He served in Artist Relations capacity for YouTube Music in both the U.S. and Africa. He is also co-founder of The 99 Problems, a political action committee aimed at empowering GenZ to vote in swing states during the presidential election and Georgia run off in 2020. Akiko received a Bachelor of Business Administration and marketing from Morehouse College.