In the undersea adventure of a lifetime, it’s Aquaman’s first day on the job, and he has a lot of catching up to do! 3-part animated miniseries features the voice talent of Cooper Andrews, Gillian Jacobs, Thomas Lennon and Dana Snyder – first episode debuts October 14 on HBO Max. 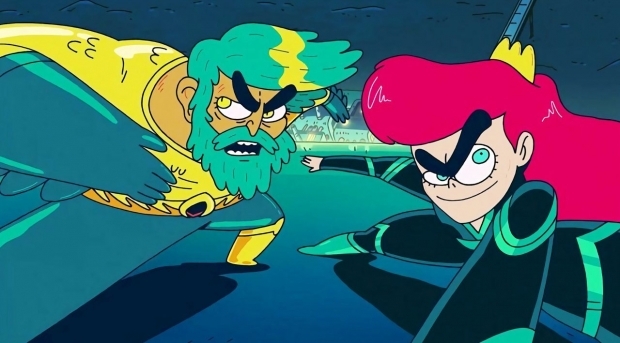 It’s the undersea adventure of a lifetime! On his first day on the job, with the fate of his people, his home, and the entire world in his hands (trident?), Aquaman, King of Atlantis, has a LOT of catching up to do. Though his two royal advisors have his back, between dealing with unscrupulous surface dwellers, elder evils from beyond time and his own half-brother who wants to overthrow him, Aquaman is going to have to rise to the challenge and prove to his subjects, and to himself, that he’s the right man for the throne!