Oscar-nominated director Erick Oh’s poignant animated short, about the beautiful and heartbreaking moments of a man’s life, to premiere on the streamer January 27. 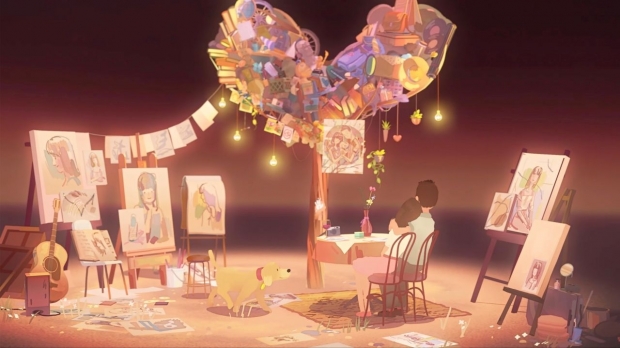 Namoo is a narrative poem come to life through hand-crafted animation. Inspired by the passing of Oh’s grandfather, Namoo – which translates to “tree” in Korean – follows the beautiful and heartbreaking moments of a man’s life, from beginning to end. It was written and directed by Oscar-nominated filmmaker Oh (Opera) and marks his most personal and ambitious work to date. The film was produced by nine-time Emmy Award-winning Baobab Studios, executive produced by John Cho and produced by Larry Cutler, Eric Darnell, Maureen Fan, and Kane Lee.  It most recently received the Best Animated Short prize from the 2022 Gold List Awards.

“I’ve been making short films for 10 years, and it’s extremely rare for independent filmmakers to find a way to share them with a wide audience,” said Oh. “I can’t tell you what a huge honor and pleasure it is to have HBO Max launch Namoo; their reach together with the caliber of their content is amazing.”

“We are excited to work with HBO Max, a brand which is synonymous with quality,” said Maureen Fan, producer of Namoo and CEO/Co-founder of Baobab Studios. “It has also been a delight to work with the WarnerMedia OneFifty team who are so indie-artist friendly and passionate about Namoo.”