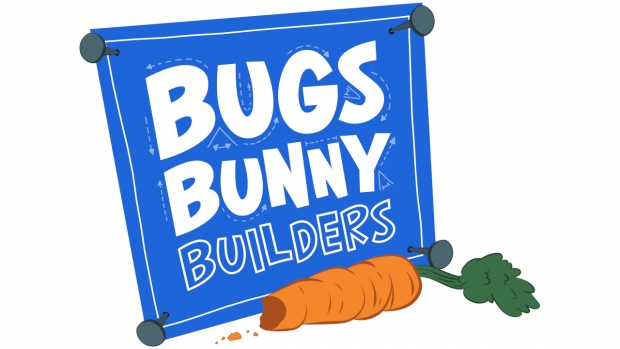 BURBANK, CA – WarnerMedia Kids & Family released today plans to launch Cartoonito, a new preschool programming block built to support each child’s unique potential, set to debut on Cartoon Network and HBO Max this fall. In addition to today’s greenlight of Bugs Bunny Builders (WT), it was announced today that titles including Mush-Mush & the Mushables and Thomas & Friends: All Engines Go are among 20 new series that will be available at launch. WarnerMedia has pledged to grow this offering to nearly 50 new shows within its first two years. In addition to originals, Cartoonito will deliver thousands of hours of content from WarnerMedia’s legacy library and global acquisitions.

“Cartoonito is our biggest commitment to preschool programming in 100 years,” said Tom Ascheim, President of Warner Bros. Global Kids, Young Adults and Classics. “Our educational philosophy coupled with the incredible caliber of innovative, educational content that will comprise this offering is second to none. Reimagining some of our legendary franchises with preschool-appropriate spinoffs like Batwheels, Bugs Bunny Builders and Tom and Jerry Junior will keep new generations laughing and learning for years to come.”

All Cartoonito preschool content will align with Cartoon Network’s newly announced tagline, Redraw Your World, which aims to empower kids to feel comfortable with who they are, embrace their uniqueness, and believe anything is possible.

Based on the proprietary preschool educational framework of Humancentric Learning, Cartoonito aims to support every child’s humanness by celebrating their unique selves and encouraging them to interact with others with empathy, respect, and fairness. This modern educational framework is inspired by Positive Psychology and 21st Century Learning, championing curiosity and independence and intertwines learning with play. In partnership with Educational Psychologist Dr. Laura Brown, Humancentric Learning was developed around the principles of identifying and developing one’s strengths, as well as feeling empathy for others so that every child can be the best version of themselves. Building on the learning’s four pillar strengths: Curiosity, Courage, Humanity and Creativity, Cartoonito’s diverse storytelling aims to be authentic, relevant, and relatable.

“Cartoonito is designed to be a thoroughly modern preschool brand, both by leaning into our iconic content and by inviting fresh new voices in. We’ll make high-quality, authentic stories that kids and parents can enjoy together,” said Amy Friedman, Head of Kids & Family Programming, Warner Bros. “Grounding everything we do in Humancentric Learning will ensure that kids embrace and celebrate their differences and everyone else’s.”

HBO Max continues its content partnership with Sesame Workshop – the nonprofit behind Sesame Street and more than five decades of award-winning children’s programming – today announcing a new animated preschool comedy series Bea’s Block. This joins an already abundant portfolio of Sesame Workshop series on the platform, including its flagship show Sesame Street and spinoffs The Not-Too-Late Show with Elmo and forthcoming CGI-animated Mecha Builders, as well as Esme & Roy. Bea’s Block – Debuting on HBO Max, Sesame Workshop’s newest animated preschool comedy series draws on the ubiquity of block toys to bring the vibrant, diverse neighborhood of Blocktown to life. The show centers on bold and curious 5-year-old Bea as she and her friends spread kindness and build empathy through playful adventures in their community.

Bugs Bunny Builders (working title) – Produced by Warner Bros. Animation and built on the solid comedic foundation of the iconic Looney Tunes, Bugs Bunny Builders brings the wackiness, humor and slapstick we’ve grown to love to a new preschool audience. At ACME Construction Company Bugs Bunny and Lola Bunny manage a crew of builders that, quite frankly, should not be anywhere near a construction site. However, by working together as a team, Daffy Duck, Porky Pig, Tweety and others use their tools and wild vehicles to pull off some of the looniest construction jobs ever.

New projects in development for Cartoonito: Tom and Jerry Junior (working title) – Produced by Warner Bros. Animation, Tom and Jerry Junior is a series of animated musical shorts introducing the beloved cat and mouse duo to preschoolers with an educational twist. Classic Tom and Jerry hijinks – chasing, pranking, outsmarting each other – set an entertaining and hilarious backdrop while a core learning curriculum, based in education and essential readiness research, turns the world created by the biggest rivalry in all of animation into a fun and playful cartoon classroom. Ladybird Lu – Produced by 9 Story’s award-winning studio Brown Bag Films, Ladybird Lu explores everyday dramas in the world of a three-year-old with a brand-new social life. The new series is created and directed by Nicky Phelan (Vampirina, Octonauts) and inspired by his mother’s experience running a preschool. Mush-Mush & the Mushables – Produced by France’s La Cabane and Belgium’s Thuristar in coproduction with CAKE, the series follows the endearing Mushable community as they embark on a journey to put the fun back into fun-gi! Teeming with activity, it’s always an adventure in Mushworld as each Mushable gets to know their talents, and their limits. As pocket-size guardians of the forest, growing up isn't always easy, but together each day shines just as bright as the one before. Mush-Mush & the Mushables is a fun journey full of discovery, exciting outdoor adventure, and mush mush more! Produced by Perrine Gauthier, Mush-Mush & the Mushables is created by Elfriede de Rooster and directed by Joeri Christiaen. Thomas & Friends: All Engines Go – From Mattel Television, Thomas & Friends: All Engines Go invites preschoolers all aboard and follows the world’s Number One Tank Engine and his friends on their silliest and most musical adventures yet. Produced in vibrant, 2D-animation in partnership with Corus Entertainment’s Nelvana Studio, the show features a core cast of five young engines – Thomas, his best friend Percy, rival Diesel, the adventurous world traveler Nia and an all-new electric high-speed rail train, Kana. Previously announced preschool greenlights that will join Cartoonito’s programming line-up include:  Sesame Street’s first CGI-animated spinoff Mecha Builders on HBO Max; Batwheels, an action-adventure comedy series from Warner Bros. Animation that will feature the most heroic and iconic vehicles from the DC universe;  Little Ellen, a 2D animated series from Ellen Digital Ventures and Warner Bros. Animation exploring the world through the eyes of a seven-year-old Ellen DeGeneres;  Lucas the Spider, a CGI-animated show from Fresh TV in association with WexWorks Media with CAKE handling international distribution and based on a viral YouTube hit that follows the adventures of an endearing young spider as he and his friends try to navigate the big world around them; and a collection of projects with bestselling children’s book author Mo Willems.