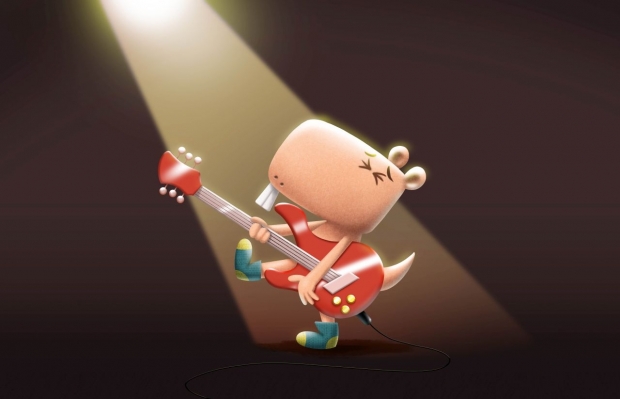 In collaboration with Stampede Ventures as Willems’ producing partner, the author has signed on with WarnerMedia Kids & Family for a multi-year deal to create live-action Storytime Specials, and multiple animated and live-action series based on his popular children’s books. New animated projects in development include the animated musical event, Naked Mole Rat Gets Dressed: The Underground Rock Experience, premiering this summer, and Unlimited Squirrels, an upcoming animated series debuting next year.

Mo Willems Storytime Shorts! is a collection of animated adaptations of the author’s beloved books, including “Don’t Let the Pigeon Drive the Bus!,” “Nanette’s Baguette,” “Knuffle Bunny Free,” and “An Unexpected Diversion.” The shorts feature voice acting by Willems and his close family and friends. Based on Willems’s New York Times best-selling book and the sold-out theatrical rock experience, Naked Mole Rat Gets Dressed: The Underground Rock Experience is a one-hour CGI animated rock music special that wears its heart on its sleeve. Wilbur Mole Rat and all his Fellow Mole Rats in the Tunnel have always been, well... naked. But when Wilbur discovers clothing and a love for style, the Tunnel turns upside down! An animated hour of “underground” music and comedy about being comfortable in your own skin, this adaptation of the popular theatre experience will knock your socks on!

Based on Willems’s New York Times best-selling books for early readers, Unlimited Squirrels! is an animated comedy series centered around Zoomy and an unlimited ensemble of Squirrel Friends who help Zoomy navigate new encounters and learn cool things along the way. Each episode will feature big stories, big facts, squirrely songs, and acorn-y jokes to keep young kids amused and stocked with an unlimited supply of fun, facts, and giggles.

Tim McKeon, who is attached as showrunner, will cowrite with Willems, who will also executive producer with Stampede Ventures’ Silverman and Judah.

Willems is repped by Ellen Goldsmith-Vein of The Gotham Group and Marcia Wernick at Wernick & Pratt.