India’s Cosmos Maya gets the go-ahead to produce 52 new episodes and 4 specials for POGO of their popular kids’ 2D animated comedy. 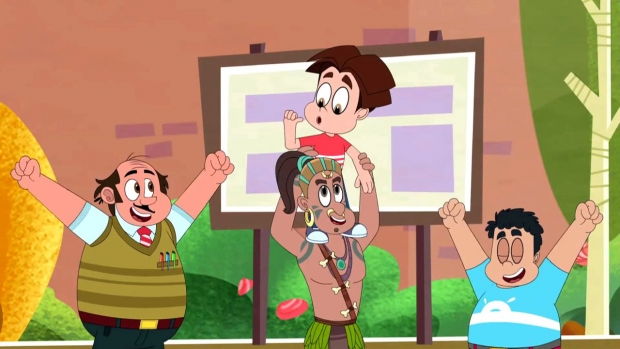 WarnerMedia has greenlit more episodes and specials of the 2D animated comedy, Titoo – Har Jawaab Ka Sawaal Hu. The original series, produced by the India-based Cosmos-Maya animation studio for POGO – Warner’s kids’ entertainment channel in India - premiered in July 2020. Boasting four successful seasons, the show has emerged as one of the most popular kids’ TV series in India. The latest commission includes an additional 52 half-hour episodes as well as 4x80-minute TV specials.

“After we received so much love for Titoo from POGO fans over the past year, it was in many ways an easy decision to greenlight new episodes,” shared South Asia Network Head for POGO and Cartoon Network Abhishek Dutta. “It’s such a great show and is clearly making an impression on kids and families.”

“We continue to put faith in locally-made shows that demonstrate India’s burgeoning creativity and talent within the animation industry,” added Dutta. “In addition to Titoo, POGO’s line-up for the rest of 2021 is looking really impressive, with a steady rollout of new episodes, specials and fan-favorites.”

"We are elated to see the love that has been showered on Titoo since his debut,” noted Cosmos-Maya CEO Anish Mehta. “With his unique quirks and funny antics, he embodies the ‘novelty with familiarity’ mantra and is clearly a hit with the viewers. We’re certain that young fans will enjoy these brand-new escapades of Titoo. This is one of India’s fastest growing IPs and, together with POGO, we are pushing all creative boundaries to make this a mega show."

Since early 2020, WarnerMedia has premiered more new local titles on its networks than any other broadcaster in India. As well as Titoo, POGO has debuted Lambu-G Tingu-G and Smashing Simmba and on companion channel Cartoon Network, Bollywood-inspired show Dabangg – The Animated Series and Bandbudh aur Budbak. Most recently, it launched its first-ever Indian CGI superhero series, Ekans – Ek Se Badhkar Snake.