Warner Bros. Discovery CEO David Zaslav plans to revitalize the studio’s finances by reviving successful franchises, such as DCU and ‘Harry Potter’ films, if the controversial author will agree. 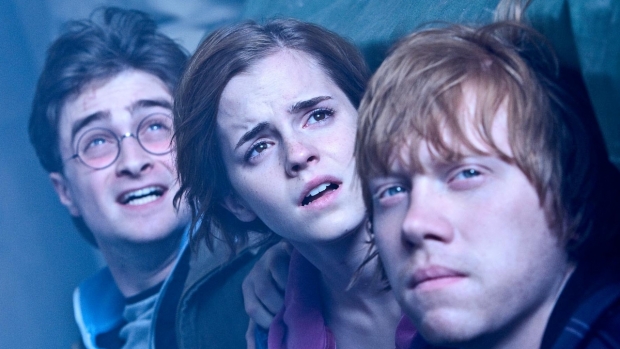 Warner Bros. Discovery CEO David Zaslav has been making headlines this year with a series of extreme cuts in the name of a 10-year plan meant to reshape the company (and compete with Marvel). Now, Zaslav has announced his campaign to focus extensively on franchises, including new films from controversial Harry Potter author J.K. Rowling. This is, of course, if she will agree.

“We’re going to focus on franchises,” Zaslav said during an investor call last week. “We haven’t had a Superman movie in 13 years. We haven’t done a Harry Potter in 15 years. The DC movies and the Harry Potter movies provided a lot of the profits for Warner Bros… over the past 25 years.”

In this same investor call, Zaslav mentioned Discovery still has theatrical rights to Lord of the Rings (a potential competitor to Amazon’s Rings of Power?) before concluding that Harry Potter would be a good move, “if we can do something with J.K. […] going forward.”

Zaslav continued, “[…] when you have a franchise movie, you can often make two to three times the amount of money that you make in the U.S., because you get a slot. And a focus on the big movies that are loved, that are tentpoled, that people are going to leave early from dinner to go to see — and we have a lot of them. Batman, Superman, Aquaman, if we can do something with JK on Harry Potter going forward, Lord of the Rings, what are we doing with Game of Thrones? What are we doing with a lot of the big franchises that we have? We’re focused on franchises.”

While the Wizarding World of Harry Potter is still very much beloved by many generations, Rowling has become a polarizing figure for her opinions on trans men. Her stance has led all three theatrical leads, Daniel Radcliffe, Emma Watson, and Rupert Grint, to speak out against the author. It doesn’t seem likely that the actors would support a new project if Rowling was even peripherally involved, but anything is possible.

Regardless of popular dissent, a project does seem likely, as the studio still backs Rowling, stating, “For 20 years, Warner Bros., J.K. Rowling and her team have worked together to delight fans around the world with spectacular storytelling and the magic of the Wizarding World.”