Releasing October 19 on 4K Ultra HD Combo pack, Blu-Ray and Digital, the 2D animated action-packed adventure follows the Justice League in a dark alternate reality where the man of steel is driven mad and the heroes must pick sides. 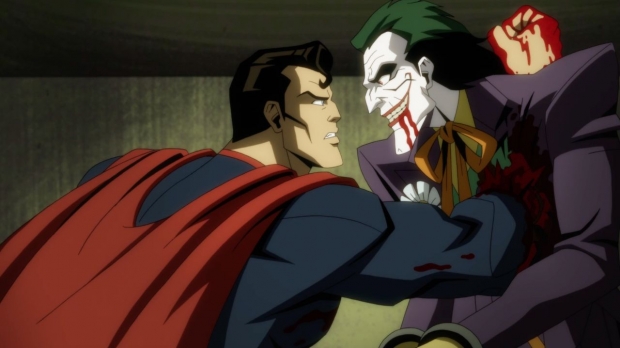 To wet our appetite for its upcoming October 19 release, Warner has dropped a new trailer and image set for the highly anticipated Injustice, its dark, R-rated, action-packed 2D animated movie based on the popular video game franchise Injustice: Gods Among Us, and DC’s bestselling graphic novel, “Injustice: Gods Among Us: Year One” by Tom Taylor.

Injustice takes a dark look at what happens when the most powerful among us lose control. Watch as the strongest heroes become the world’s biggest threat. After the Joker’s plan succeeds in the devastating demise of Lois Lane and her unborn child, Superman decides to take matters into his own hands. The grief-stricken Superman forces the Justice league to take sides, either follow the tyrannical new world order of Superman or face off against the man of steel himself. With the entire Justice League pulled into the fray, can the world survive a battle between the world’s most powerful protectors?

In the dark and brutal new Red Band trailer, Superman fights against rage, vengeance, and grief… and loses. Now Batman must put together a team of heroes that are willing to face off against the strongest man on Earth. But regardless of who wins, the damage to the Justice League is irreversible. How will the heroes fight against such Injustice?