‘Coyote Vs. Acme’ feature to be produced by ‘The LEGO Batman Movie’ director Chris McKay. 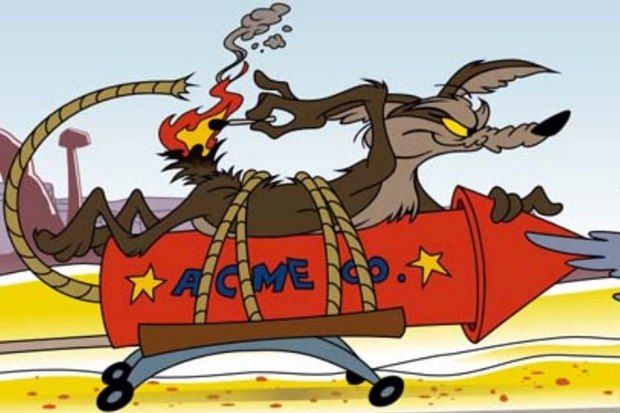 Looney Tunes character Wile E. Coyote is headed to the big screen, according to a report by Deadline.

Warner Bros. has reportedly hired Jon and Josh Silberman, the supervising producers of the CBS series Living Biblically, to write the screenplay for the film, entitled Coyote Vs. Acme. Chris McKay, the director of The LEGO Batman Movie, is set to produce.

Deadline notes that two major Looney Tunes movies have appeared in theaters in the last 22 years: 1996’s Space Jam, which made $230.4 million globally following its 1996 release, and Looney Tunes: Back in Action which brought in a disappointing $70 million worldwide in 2003.

Prior to Living Biblically, the Silberman Brothers worked for three seasons on the FX series It’s Always Sunny In Philadelphia, as well as ‘toon series Bordertown for FOX and Deadbeat for HULU, Good Vibes and Free Agents.