The Flinstones are heading back to the big-screen in an all new animated film from Warner Bros. with Chris Henchy set to write the script and Will Ferrell and Adam McKay executive producing. 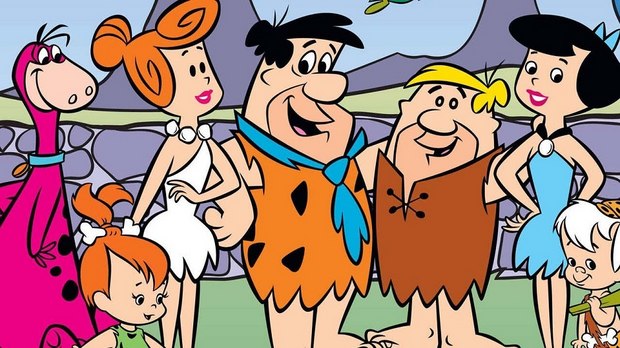 Warner Bros. is hoping to bring The Flintstones back to the big-screen as a full-length animated feature, according to a report by The Hollywood Reporter.

Chris Henchy -- who is partners with Will Ferrell and Adam McKay in Gary Sanchez Productions and who also co-wrote the script for Warner Bros.' Ferrell-Zack Galifianakis comedy The Campaign -- is writing the script.

Ferrell and McKay will executive produce Flintstones, which is in development stages.

The Flintstones was a primetime animated sitcom  that ran from 1960 to 1966 and then entertained millions in the ensuing decades when it aired on syndication. The show was set in the Stone Age and told of the antics of Fred Flintstone, his wife Wilma, his best friend Barney Rubble and Rubble’s wife and Wilma’s best friend, Betty. From the town of Bedrock, Fred worked in a quarry, liked to barbecue brontosaurus burgers and live the modern stone age family life.

Universal made the live-action 1994 movie (Steven Spielberg was one of the producers) that starred John Goodman, Elizabeth Perkins, Rick Moranis, and Rosie O’Donnell. Elizabeth Taylor played Flintstone’s mother-in-law. The movie was famous for having had 32 writers work on the script.

Warner Bros. picked up the rights to The Flintstones as part of Time Warner’s 1996 acquisition of Turner Broadcasting, which had bought Flintstones producers Hanna-Barbera in 1991.