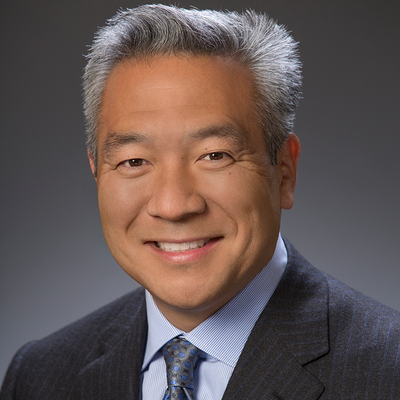 The new organizational and management structure combines the family, kids and animation efforts from across WarnerMedia -- including Cartoon Network, Adult Swim and Boomerang -- into a single Global Kids & Young Adults division to be overseen by Tsujihara. Joining WB’s Looney Tunes and Hanna Barbera libraries, the new division will also comprise Otter Media and Turner Classic Movies, as well as all consumer product licensing activities for WarnerMedia properties.

Previously the president of Warner Bros. Home Entertainment, Tsujihara became the first Asian American to run a major Hollywood studio when he was appointed CEO in 2013. According to Variety, Tsujihara’s number-one job in the restructuring is to “make the studio a major player in the business of kids, family, and young adult entertainment.”

Combining all of the kids brands under one roof will allow the company to accelerate its development and delivery of content focused on kids and young adults “as that audience becomes increasingly important,” a company spokesperson told Kidscreen. The changes are reportedly “not about cost-cutting, so WB has not yet determined if there will be layoffs as a result, though it will try to prevent duplication of function or process.”

Read the full memo from Tsujihara, obtained by Variety, which was sent to Warner Bros. employees on Monday:

First, I’d like to welcome our colleagues at Cartoon Network, Boomerang, Adult Swim, TCM and Otter Media to the global Warner Bros. family. I hope everyone has had the opportunity to read John Stankey’s message from this morning regarding some very important organizational changes that are redefining our parent company, WarnerMedia.

While change is never easy, a realigned WarnerMedia will be better-positioned, better-resourced and better able to compete on all fronts. We are literally entering a new chapter in our company’s history.

I’ve known and worked with Bob Greenblatt throughout the years, and I’m looking forward to working with him and the newly combined WarnerMedia Entertainment to fully maximize our companies’ assets and efforts.

Here at Warner Bros., incorporating Cartoon Network, Boomerang and Adult Swim into the company will truly make Kids/Young Adults/Animation a fundamental pillar of our business. This newly combined operation will allow us to take an integrated, global approach to all our kids and animation businesses (TV, film, games, consumer products) like never before, using the companies’ IP, talent and legacies to create an animation powerhouse.

Turner Classic Movies is also a natural fit with Warner Bros., given we have the largest and most valuable film library in the business. Partnering TCM and Warner Bros. will help us give fans more of what they want in new and exciting ways, while building on the Studio’s almost-100-year history as a leader in filmed entertainment.