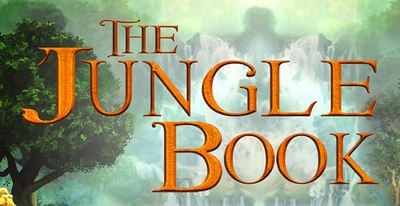 Christian Bale, Cate Blanchett, Naomie Harris, Tom Hollander, Eddie Marsan and Peter Mullan are joining Benedict Cumberbatch to star in the Warner Bros. live-action adaptation of Rudyard Kipling’s “The Jungle Book,” according to a report by The Hollywood Reporter. Rohan Chand, the young actor who starred opposite Jason Bateman in Bad Words, will star as the human boy Mowgli.

The project will be directed by motion capture pioneer Andy Serkis, who will also play a role in the film.

Callie Kloves wrote the script, adapting the short stories from Kipling, while her father, Steve Kloves, the screenwriter who wrote seven of the Harry Potter films, is producing with Jonathan Cavendish. The movie will employ a mix of motion capture, CG animation and live action.

Jungle Book centers on Mowgli, an orphaned boy raised by wolves who befriends members of the animal kingdom who help him grow up. Serkis will play Baloo the bear, and Bale will voice Bagheera, a fearsome panther, both of whom save Mowgli from the killer tiger Shere Khan (Cumberbatch) and teach him the law of the jungle.

Blanchett will voice Kaa, a sinister python who is also a friend to Mowgli, while Hollander will play Tabaqui, the jackal who is an underling of Shere Khan.

Mullan will be Akela, the leader of the wolf pack that raises Mowgli. Harris is the female wolf Nisha, while Marsan is her mate, Vihaan.

With the casting now complete, Warner Bros.’ Jungle Book is ready to go head to head with Disney, which is also mounting a live-action/CG hybrid with Jon Favreau directing. Jungle Book: Origins is set to release October 21, 2016; the Disney version releases a year earlier, on October 9, 2015.