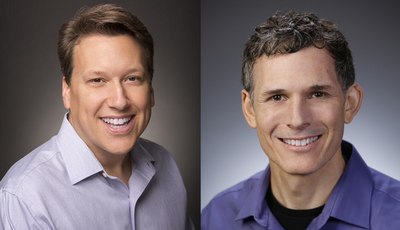 During his tenure at WBA, Bastian has managed day-to-day creative affairs for a number of projects, including The Tom and Jerry Show for Cartoon Network, the upcoming Bunnicula series for Boomerang, the holiday special Elf: Buddy’s Musical Christmas for NBC and previous shows such as The Looney Tunes Show, Scooby-Doo! Mystery Incorporated and Young Justice. He has also worked on WBA’s Looney Tunes theatrical shorts and a number of original feature-length movies for the home entertainment marketplace based on the Scooby-Doo, Tom and Jerry, and The Flintstones franchises.

As Senior Vice President & General Manager, Adams is the top business and operational executive at WBA, with oversight for all of the division’s non-production activities. In this capacity, Adams is responsible for day-to-day management of WBA’s business affairs, legal affairs, finance, planning and administration related to all of the content produced by the company. He supervises and oversees negotiations of all talent deals, including those with writers, producers, voice performers and more.

WBA’s current television series include Be Cool Scooby-Doo!, Teen Titans Go!, The Tom and Jerry Show and Wabbit – A Looney Tunes Production for Cartoon Network, Mike Tyson Mysteries for Adult Swim, the upcoming Bunnicula for Boomerang and Green Eggs and Ham, coming in 2018 to Netflix.

“Jay and Ed have been invaluable members of the Warner Bros. Animation team since they joined the company in 2009,” said Register in making the announcement. “Together with Peter Girardi, they have been instrumental in the growth of the division, and our continued success would not be possible without their many creative and strategic contributions. I am extremely happy to be able to announce their well-deserved promotions today.”

Bastian joined WBA in 2009 as Vice President, Series, after 11 years in the original series department at Cartoon Network. During his tenure, he was the Executive in Charge of Production of 10 original animated series, supervising the initial development and day-to-day production of long-running programs such as Justice League, Courage the Cowardly Dog, The Grim Adventures of Billy and Mandy, Chowder and Ed, Edd n Eddy. He was also the Executive in Charge of Production of a number of Cartoon Network original longform programs. Before Cartoon Network, Bastian was Manager of Development and Acquisitions at Lightyear Entertainment in New York City. While in New York, he was also an ink and paint artist for six years on the independent animated films of Faith Hubley at The Hubley Studio, and Emily Hubley at Hubbub, Inc.

Adams joined WBA in 2009 after more than a decade of business affairs, legal and operations experience at leading companies in the animation industry. Immediately prior to joining Warner Bros., Adams was Head of Legal Affairs at DreamWorks Animation. Prior to DreamWorks, Adams was Vice President, Business Affairs, Business Development & Sales at Cookie Jar Entertainment.

Before that, Adams maintained his own development, business affairs and business development consultancy, providing counsel across a broad range of subjects to a number of clients in film and television production, as well as publishing. He also served as Senior Counsel, Business and Legal Affairs, for Cartoon Network Studios, as well as Senior Counsel, Business and Legal Affairs, for Turner Television. Prior to that, Adams was an associate attorney in the entertainment and intellectual property practice of the law firm then known as Katten Muchin & Zavis, after beginning his entertainment career as an associated at Kaye, Scholer, Fierman, Hays & Handler.