The nosy neighbor Agnes / diabolical, incorrigible witch Agatha Harkness may be getting her own Marvel Studios series on Disney+. 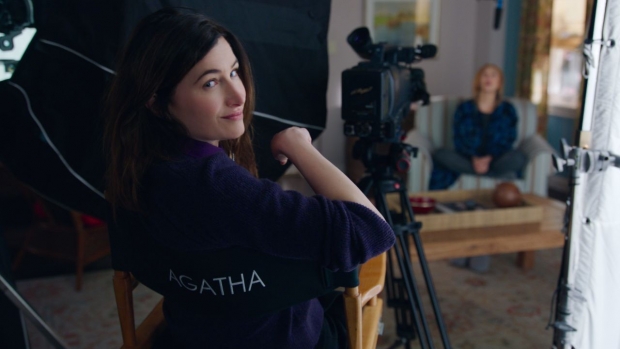 Disney+ and Marvel Studios continue to rack up successes with their MCU-based limited series, such as The Falcon and The Winter Soldier, Loki - the much-anticipated Hawkeye comes later this year - and of course the endearingly weird WandaVision. But, if you thought we were done with the strange world of Elizabeth Olsen and Paul Bettany’s hit show that homages classic TV sitcoms, think again.

In Round 2, however, the focus will be on Kathryn Hahn’s Agnes / Agatha Harkness, the nosy neighbor and villainous witch who pulled the strings that made everything go all wrong. According to Variety, there’s a WandaVision spin-off series in the works featuring Hahn, reportedly in early development with Jac Schaeffer, head writer on WandaVision, writing the script and executive producing.

WandaVision tells the story of MCU characters Wanda Maximoff (Elizabeth Olsen) and Vision (Paul Bettany), following the events of Avengers: Endgame, who seem to be confusingly trapped in evolving classic sitcoms that suddenly change through the decades. Although the show begins as an off kilter but endearing satire, there is a dark undercurrent that inevitably leads to Agatha’s duplicity, and her twisted plans to take Wanda’s power for herself. The show climaxes with Agatha’s defeat, but uncertain fate; with Hahn’s wonderfully evil take on the character, a new series, whether continuation or prequel, will surely provide another over-the-top and fun setting for a new Marvel Studios series.

WandaVision was nothing short of phenomenal, receiving 23 Emmy Nominations, with Hahn nominated as best supporting actress and Schaeffer nominated as a part of the show’s producing team for best limited/anthology series.

No word yet on when we are likely to see Agatha concoct her next fiendish schemes, but if something goes wrong, we know who to blame. Afterall, it was Agatha all along,