Three-time Oscar winner to deliver “From Godfather to God Particle and Beyond,” addressing the changing vocabulary of film in relation to new digital technologies. 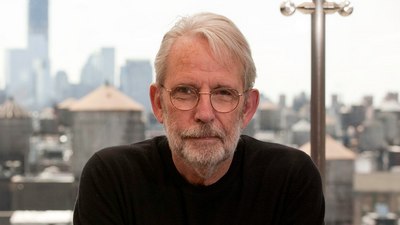 Widely credited as the originator of the term “sound design,” Murch is a renowned film editor and sound designer with three Academy Awards to his name. Murch will present a Keynote Talk entitled “From Godfather to God Particle and Beyond” at VIEW 2015 on Friday, October 23. His presentation will address how film vocabulary constantly changes, and does not change, as new digital technologies are introduced into the industry.

A longtime collaborator with Francis Ford Coppola, Murch started editing and mixing sound with Coppola's 1969 film, The Rain People. Subsequently, he worked on George Lucas's THX 1138 and American Graffiti and Coppola's The Godfather, before editing picture and mixing sound on Coppola's The Conversation, for which he received an Academy Award nomination in sound in 1974. Murch also mixed the sound for Coppola's The Godfather Part II, and did sound design work on Apocalypse Now, for which he won his first Academy Award in 1979.

In 1996, Murch worked on Anthony Minghella's The English Patient, for which he won Oscars both for his sound mixing and for his editing. Murch's editing Oscar was the first to be awarded for an electronically edited film (using the Avid system,) and he is the only person ever to win Oscars for both sound mixing and film editing.

Murch is the 2012 recipient of the Nikola Tesla Award given by the International Press Academy Satellite Awards for "Visionary Achievement in Filmmaking Technology.” Previous recipients of the Tesla Award have included Douglas Trumbull, James Cameron, Roger Deakins, Dennis Muren and George Lucas.