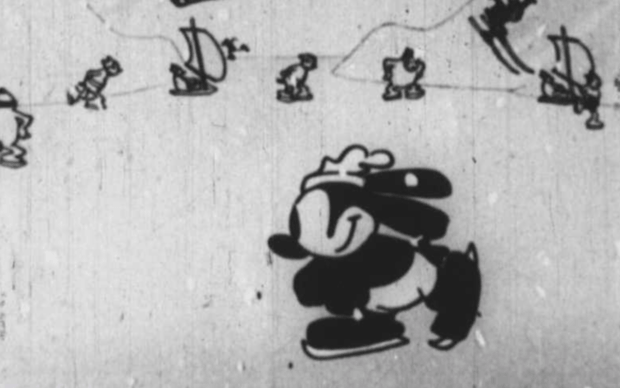 Neck ‘n’ Neck, a short black-and-white animated film created by Walt Disney in 1928 featuring the character Oswald the Lucky Rabbit and previously thought to be lost, has surfaced in Japan.

Disney created Oswald in 1927, one year before Mickey Mouse made his debut, turning him and his company into one of the world’s most beloved animation studios.

The nearly two-minute Neck ‘n’ Neck centers around Oswald and his girlfriend as they are pursued by a dog policeman. In typical Disney fashion, the police officer chases the pair up a mountain road, their vehicles stretching and contorting to fit the bending road. The Walt Disney Archives has confirmed that Watanabe’s print is the long-lost short Neck n’ Neck.

Neck ‘n’ Neck languished for more than 70 years in Japan in the possession of Yasushi Watanabe, who had purchased a print of the film as a high schooler from a wholesale toy market in the city of Osaka.

“We are absolutely delighted to learn that a copy of the lost film exists,” Walt Disney Archives director Becky Cline commented to The Telegraph, adding that he is “very excited” by the discovery and hopes to bring together a group of animation scholars in Los Angeles to screen the footage.