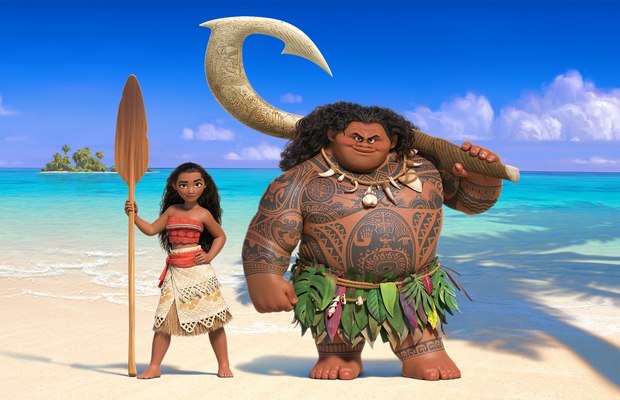 Disney has cast the voice of the title character in its forthcoming animated feature, Moana. The role went to 14-year-old native Hawaiian newcomer Auli’i Cravalho.

Cravalho joins Dwayne “The Rock” Johnson, who is set to voice the mighty demi-god Maui.

“Moana is such an amazing character,” says Cravalho, who lives in the town of Mililani with her mother, Puanani. “She’s brave, she is so empowered, she knows what she wants and she’s not afraid to get it, and I think that’s something that I can relate to as well. I just love watching how she goes along in this wonderful movie and grows as a person and helps her culture along the way.”

Meet the voice of Disney’s latest princess in the video below:

In the ancient South Pacific world of Oceania, Moana, a born navigator, sets sail in search of a fabled island. During her incredible journey, she teams up with her hero, the legendary demi-god Maui, to traverse the open ocean on an action-packed voyage, encountering enormous sea creatures, breathtaking underworlds and ancient folklore. Hawaiian newcomer Auli’i Cravalho is cast as the voice of Disney's ‘Moana.'