Carlos Lopez Estrada, Josie Trinidad, Suzi Yoonessi and Marc Smith will all develop new animated films as the company continues to expand its commitments to diversity and inclusion. 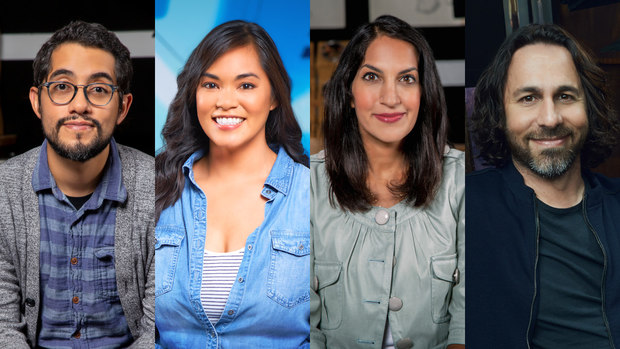 The announcement is part of Disney and Walt Disney Animation chief creative officer Jennifer Lee’s continuing work to expand the studio’s commitment to diversity and inclusion. The studio has previously announced the upcoming animated feature, Raya and the Last Dragon, which stars Awkwafina and is written by Adele Lim.

“We aim to have Walt Disney Animation Studios serve as the premiere home for filmmakers interested in telling engaging stories within the limitless animation medium,” said Lee, who wrote and directed Frozen and its sequel, Frozen 2, which will hit theatres November 12. “Carlos and Suzi are two incredible, inventive filmmakers who have both received acclaim for their work. Josie and Marc, master, lead story artists, have been instrumental in shaping such films as Zootopia and Frozen 2. We are so thrilled to have these four talented artists join our 96-year-old studio as directors and help us build the stories of our future — adventures in completely original worlds, stories from around the globe, and the next generation of musicals.”

Estrada’s debut live-action film, Blindspotting, which stars Daveed Diggs, premiered at the 2018 Sundance Film Festival as the opening night movie. That year, he received a Directors Guild Award nomination for first-time directing and was named one of Variety’s 10 Directors to Watch. He recently worked on an episode of FX’s Legion.

Yoonessi is best known for directing the Duplass Brothers’ film Unlovable, as well as Warner Bros.’ Scooby Doo origin story Daphne and Velma and short films for Funny or Die.

Trinidad, who joined Disney Animation in 2004, oversaw the story team on films like Ralph Breaks the Internet and Zootopia. Her credits also include Tangled and The Princess and the Frog.

Smith, currently the story director on Frozen 2, is responsible for bringing the directors’ vision for the storyline to the screen. He joined Disney in 1993 as an intern, eventually working on movies such as Treasure Planet, Tangled, Frozen, Big Hero 6 and Zootopia.