British actor and voice talent was the voice of Wallace in ‘Wallace and Gromit,’ the eccentric cheese-loving inventor in the stop-motion animated films from Aardman and Oscar-winning director Nick Park. 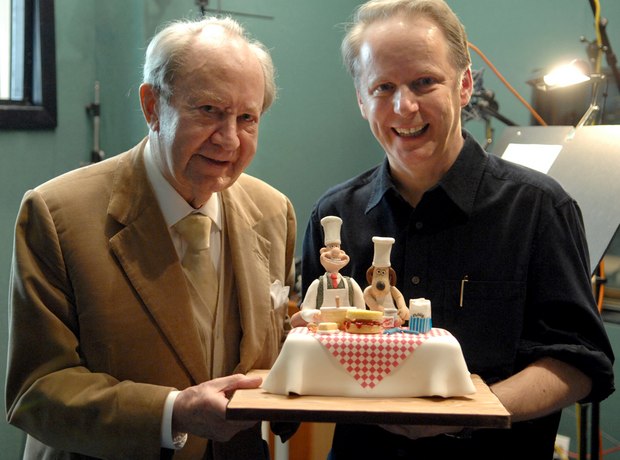 British actor and voice talent Peter Sallis has died at the age of 96, according to a report by the BBC.

Best known as Norman “Cleggy” Clegg in the long-running sitcom series Last of the Summer Wine (1973-2010), Sallis was also the voice of Wallace in Wallace and Gromit, the eccentric cheese-loving inventor in the stop-motion animated films from Aardman and Oscar-winning director Nick Park.

Park described Sallis as a “unique character” in a public tribute posted to the Aardman website on Monday. “I’m so sad, but feel so grateful and privileged to have known and worked with Peter over so many years. He was always my first and only choice for Wallace,” Park said.

“Working with him was always a delight and I will miss his wry, unpredictable humor and silliness -- that started the moment he greeted you at the door, and didn’t stop when the mic was switched off,” Park added. “Peter had naturally funny bones and was a great storyteller and raconteur off stage too and would keep us amused for hours.”

Sallis retired from voicing Wallace in 2011, with the mantle passing on to Ben Whitehead. He passed away on Friday, June 2, at Denville Hall, a retirement home for actors, surrounded by family members.

The Wallace and Gromit films, which include three shorts -- A Grand Day Out, The Wrong Trousers and A Close Shave -- and the feature-length The Curse of the Were-Rabbit, won three Academy Awards and spawned a slew of spinoff shorts, series and features that culminated in 2015’s Shaun the Sheep Movie and the forthcoming Shaun the Sheep Movie 2.

Sallis reportedly often spoke about how glad he was to have such success late in life. “It is pleasing knowing millions are going to see your work and enjoy it,” he said. “To still be involved in a project like this at my age is heartwarming. To have a legacy like this is very comforting. I am very lucky to have been involved.”

Rest in peace, Peter Sallis. May your afterlife be Cracking Toast with a side of Wensleydale.