W. Kamau Bell’s Animated ‘Talk Boring to Me’ Examines Much of What Ails the U.S. 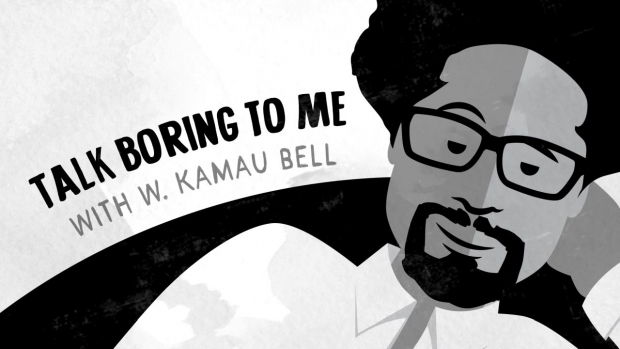 Noted political commentator and comedian W. Kamau Bell and Jacob Kornbluth have just released Talk Boring to Me, their thought-provoking six-episode animated YouTube series that examines important social issues facing the U.S.  Bell, for those who don’t know, is the host and executive producer of the Emmy Award winning CNN docu-series, United Shades of America with W. Kamau Bell.

Employing a simple, direct, easy-to-digest format, the Talk Boring to Me series deftly leverage Bell’s trademark humor into teachable moments. The entire series is now available now on Bell’s YouTube channel. They’re potent, smartly written and crisply designed to communicate some less than pleasant “truths” that for many, can be hard to accept; we’ve shared one of our favorites below, which aptly describes the historic “con” in the American dream, today being foisted upon workers with just a few clicks from the app-enabled “Gig Economy.”

In addition to taking on topical social issues, each of the 4-5-minute shorts offers a call-to-action for viewers to take note and get involved with that organization’s efforts to affect change. Here’s a breakdown of the series, including links to the organizations involved in each short:

Talk Boring to Me is a Jacob Kornbluth Production, visualized by Idle Hands Studios, written by Kornbluth and Bell, presented by Bell, produced by Bell, Kelly Rafferty, Lisa Kleiner Chanoff, and Elena Chavez Quesada, with music by Strikecast Audio. The series is funded by the Walter and Elise Haas Fund and the Chavez Family Foundation.