Stream the mind-bending debut feature from the director of ‘Lu over the Wall’ and ‘Night is Short, Walk on Girl.’ 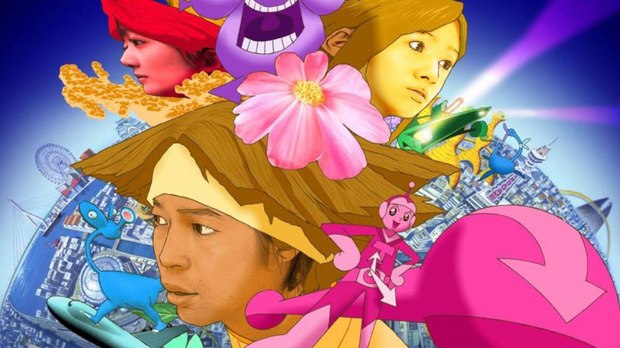 Not sure what to do with all your extra time during the holiday break? Here’s an idea: watch (or re-watch) the classic 2004 anime feature from Masaaki Yuasa, Mind Game.

Based on a manga by Robin Nishi and produced by 4°C, Yuasa’s directorial debut features a variety of experimental visual styles and has earned numerous awards, including the grand prize at the 2004 Japan Media Arts Festival and all three jury awards at the 2005 Fantasia Fest.

Mind Game follows the story of Nishi, an aspiring manga artist who wants to marry his childhood sweetheart Myon. However, Myon is already engaged to someone else. When Nishi visits her family and runs into a pair of yakuza, it kicks off an adventure of psychedelic self-discovery.

North American distributor GKIDS announced the acquisition of the film at its Anime NYC panel in November. Following its release on the VRV platform, Mind Game will play in movie houses in a special theatrical engagement in February, with a special edition home entertainment release of the film planned for late spring 2019.

Yuasa most recently directed two animated features, fantasy adventure Lu over the Wall and the alcohol-fueled Night is Short, Night is Short Walk on Girl. Check out AWN’s recent interview with the Japanese director about his work bringing these two very different films to the screen on ANIMATIONWorld: Masaaki Yuasa Speaks in Many Colors.