With an awards ceremony and dinner, the partnership will see AMD, Foundry and HP collaborate in celebrating outstanding achievement in the virtual reality industry on the new date of 9th October 2017. 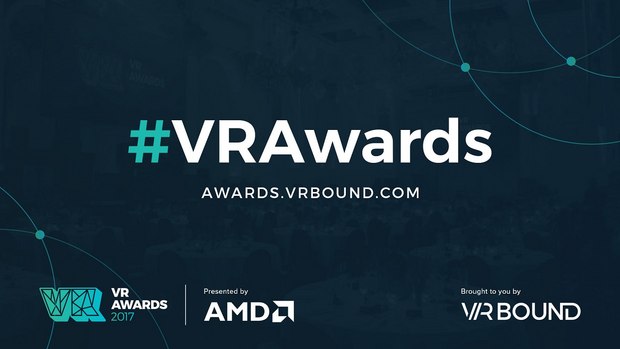 LONDON -- VR Bound has announced a partnership that will see AMD, Foundry and HP collaborate to launch the inaugural VR Awards, to take place on the new date of 9th October 2017. The awards ceremony and dinner will be dedicated to celebrating outstanding achievement in the virtual reality industry. In its first year of development, the VR Awards has attracted some of the most prominent figures in virtual reality as part of the judging and nominations process.

In announcing the involvement of AMD, Foundry, and HP, the VR Awards is setting the standard for recognition in the rapidly expanding field of VR. Their expertise will ensure that nominees, delegates and the wider industry experience an event that truly celebrates creative VR talent around the world.

Daniel Colaianni, co-founder of VR Bound said: “Today marks the day of an exciting announcement with several companies that are passionate about seeing immersive technologies flourish and prosper. We will continue to stand by our mission to recognize and celebrate achievement in VR, opening up more possibilities each day.”

Foundry CEO Alex Mahon added: “At Foundry, we are passionate about working with storytellers and artists to explore the creative potential that VR opens up. With the VR Awards we are proud to recognise the ground-breaking achievements of the VR pioneers and showcase their work to a global audience.”

Roy Taylor, CVP of Media & Entertainment, AMD also said: “For AMD, collaborating with one of our most valued partners, Foundry, on this prestigious event exhibits our dedication to those in the field making great strides in this incredible immersive technology. It’s a pleasure and an honor for AMD to give the much-deserved recognition to VR content creators and innovators. Amongst the ‘blood, sweat, and tears’ required to be a winner the VR eco-system, it’s important to relax and enjoy each other’s’ company.  We certainly look forward to it!”

The award ceremony takes place at 6pm on Monday 9th October. In the coming weeks there will be more information and details released through additional press releases. VR Bound has announced its official awards shortlist, which showcases the best in VR hardware and content and includes the likes of Oculus, HTC and Samsung, and projects from Greenpeace and IKEA.