Voting is now open for the 2013 Ursa Major Awards for the Best Anthropomorphic Literature and Arts of the 2013 calendar year. 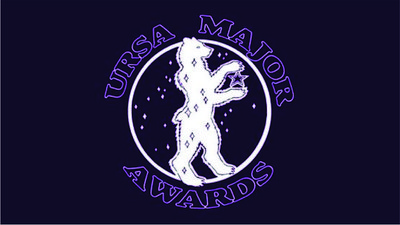 Nominations for the 2013 Ursa Major Awards for the Best Anthropomorphic Literature and Arts of the 2013 calendar year are now closed, and the voting is now open. The finalists include the top five nominees in each category. In some categories, there are six finalists because of a tie for fifth place; and in one, there are only four because of too many ties for fifth place.

The final ballot, in alphabetical order, is:

As is not unusual, there were so many nominations for the fourth, fifth, and sixth place nominees in most categories that one more nomination could have made the difference between a title’s getting on the final ballot or not. Please nominate next year.

Everyone who nominated is registered to vote. Those who are not registered and wish to vote, go to http://www.ursamajorawards.org for instructions.  Urge your friends to vote.

Also, the 2014 Recommended Anthropomorphic List is now online for posting your recommendations of the best in anthropomorphic literature and arts first published or released during the 2014 calendar year.  Go to http://www.ursamajorawards.org to make a recommendation, and to see what others have recommended.